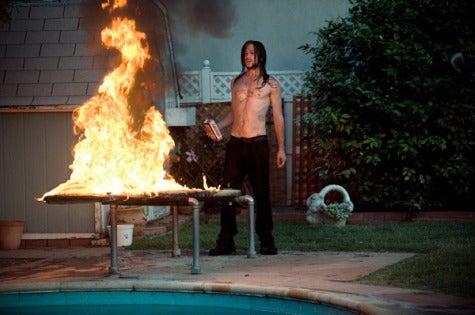 U.S. distribution rights for "Hesher," a dark drama starring Joseph Gordon-Levitt as a long haired nihilist who invades a family grieving over the death of their mother, have been acquired by Newmarket for $1 million. The studio captured rights at around five this morning after negotiating throughout the evening, according to an insider with knowledge of the deal.

The deal was negotiated by WME Global’s Mark Ankner and a C.A.A. representative.

"Hesher" received a lukewarm response from critics, but has been widely praised by fanboy sites such as Ain’t It Cool News.

Newmarket is best known for producing "Memento" and "Cruel Intentions" and for distributing "The Passion of the Christ," "Donnie Darko," and "Whale Rider."

One of its most recent high-profile acquisitions was for Jon Amiel’s Charles Darwin drama "Creation." The company bought domestic rights at the Toronto Film Festival and released the film to middling reviews and paltry box office this month.

The company was  bought by Exclusive Media Group in November 2009. Newmarket co-founder Chris Ball and the company’s executive team were integrated into EMG’s U.S. operations.