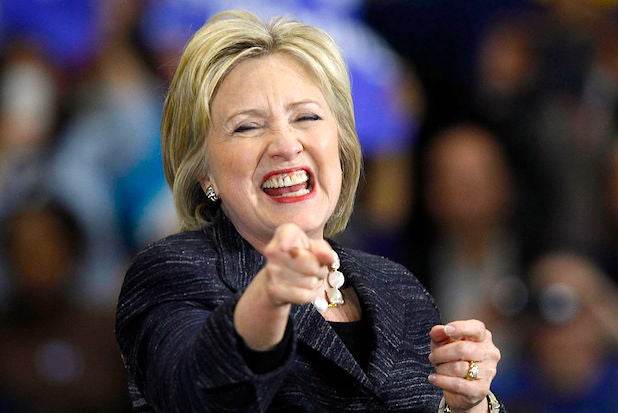 Newspapers with a history of endorsing Republican presidential candidates are losing subscribers and even receiving death threats after endorsing Hillary Clinton over Donald Trump.

The Arizona Republic’s editorial board has received death threats since publishing its Clinton endorsement earlier this week, according to  Arizona’s NBC affiliate 12news. It was the first time the paper endorsed a Democrat in a general election since it launched in 1890.

Meanwhile, Cincinnati Enquirer editor Peter Bhatia said his paper has lost “hundreds” of subscriptions since its editorial board broke a nearly century-long habit of backing the Republican in the presidential contest.

“There has been a substantial amount of blowback, that’s for sure,” Bhatia told TheWrap. “The people who are reacting are predominantly unhappy with the endorsement.”

The Enquirer’s Clinton endorsement has racked up nearly 1,000 comments and Bhatia has personally responded to at least 150 emails. He said the editorial board expected a reaction but never imagined how venomous some of the feedback has been.

“I expected it would be vigorous–it has been vigorous,” Bhatia said. “I guess what disappoints me on some level is how nasty some of it is. You’d be stunned by some of the names we’ve been called.”

In recent weeks, a growing number of traditionally right-leaning papers — including the Houston Chronicle and the Dallas Morning News — have broken decades-long traditions by endorsing the Democratic nominee.

Also Read: Why You Should Care About the Cincinnati Enquirer's Hillary Clinton Endorsement

Arizona Republic did not immediately respond to TheWrap’s request for comment about the death threat reports.

Earlier in the week, Arizona Republic editorial page editor Phil Boas told The New York Times that he expected “a lot of cancellations” from its decision but that financial concerns were “never a factor” when the paper decided whom to endorse.

The Dallas Morning News had not endorsed a Democrat for president since before World War II and is also feeling the effects.

Why would a newspaper risk polarizing readers with an unpopular endorsement? The Arizona Republic published it’s own explanation: “It’s a key part of our mission as journalists. It’s a tradition we’ve honored since our founding.”

The paper said it has endorsed candidates for more than 120 years because it believes its choices can inform readers and spur community debate.

“Let’s make this clear: We’re not telling you how to vote. We respect the sanctity of your decision, based on your beliefs, research and contemplation,” the editorial board wrote.