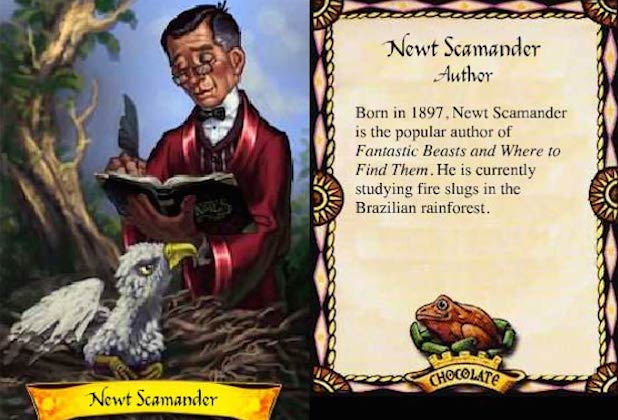 Tell the goblins at Gringott’s Wizarding Bank that they’re about to get a series of big new deposits.

After eight films and $7.7 billion in worldwide box office, Warner Bros. has found a way to cash in on JK Rowling’s “Harry Potter” series once again: They won’t just make one semi-prequel movie based on a text the author wrote as an accompaniment to her international bestsellers, titled “Fantastic Beasts and Where to Find Them,” but instead chop it up into three new feature films.

Word of the magical segmentation came in a New York Times profile of new WB chief Kevin Tsujihara, who was responsible for getting Rowling on board with the plan, which will involve her writing the big screen adaptations herself.

“When I say he made ‘Fantastic Beasts happen, it isn’t PR-speak but the literal truth,” Rowling told The Times. “We had one dinner, a follow-up telephone call, and then I got out the rough draft that I’d thought was going to be an interesting bit of memorabilia for my kids and started rewriting!”

Also read: J.K. Rowling on Why She Decided to Return to Wizarding World of Harry Potter

The trilogy will be set 70 years before the first “Harry Potter” installment began, and involve the New York-set adventures of a “magizoologist” named Newt Scamander.

The new movies are just the latest continuation of Rowling’s beloved series; she’s also writing new chapters for the official fansite, Pottermore.com, and there will be a “Harry Potter” stage play, as well.