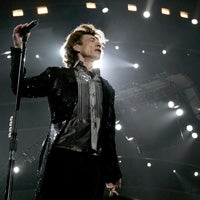 That’s what a few eagle-eyed Apple watchers are speculating, after noticing a patent apparently filed by the Cupertino, California company for an iPhone application called “Concert Ticket +” that hints at a plan to sell electronic concert and theater tickets via iTunes.

The paperless tickets would be displayed with a unique code on the iPhone for entry into, say, a Stones concert. According to the example shown on the patent diagrams, the e-tickets could be bundled with other benefits, such as pre-paid parking, free drinks, concert t-shirts or a download of the show.

A representative for Apple did not return a request for comment.

But given the increased use of “tap” based transactions and the stranglehold Apple holds on the music download market — not to mention the gripes most concertgoers have with Ticketmaster and its obscene surcharges — it’s not too surprising Apple would try to marry the two.

It also appears Apple has plans beyond the live music world for the technology: amusement parks, baseball games, wedding invitations (seriously), broadway plays – even its own developer conference (WWDC 2010, likely scheduled for June in San Francisco) where some observers think the company may unveil the iTicket. 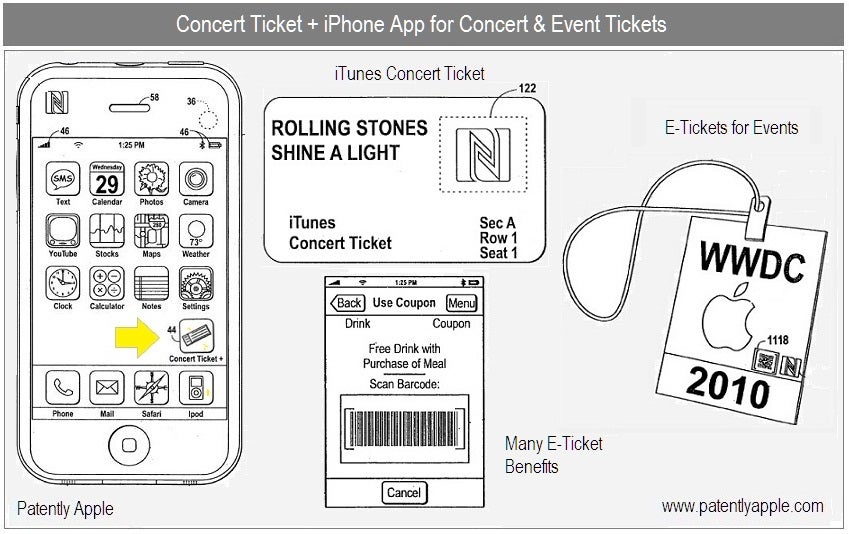