Ever since Universal and Hasbro made a deal earlier this year to partner on films based on toys, it seems Hollywood has been on a spending spree. In the past couple of months, an abundance of fresh deals between toy manufacturers and big studios have been struck. TheWrap takes you through what could be the next "Transformers"-sized franchises.

Deal: Ridley Scott has been tapped to direct the on-screen version of Hasbro’s "Monopoly" board game. According to the Hollywood Reporter, Scott is looking to give the movie a "futuristic sheen" akin to his iconic film "Blade Runner." Scott, who recently directed "Body of Lies," has been attached to the project for a while. He will serve as a producer alongside Hasbro head Brian Goldner. The script has been written by Pamela Pettler, who also wrote "Monster House" and "The Corpse Bride." The film is part of a first-look deal with Hasbro to develop movies based on the company’s toys, including "Ouija" and "Battleship." 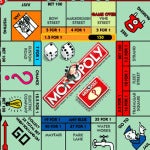 Deal: The studio is in talks to acquire movie rights to the Fisher-Price toy (owned by Mattel) that allows kids to flip through tiny 3D picture discs of nature scenes including mountains and rivers. Writer-producers Alex Kurtzman and Roberto Orci, known for their work on "Transformers" and "Star Trek" have already been brought on board. The screenplay will be written by Brad Caleb Kane, who worked as a writer-producer on the Fox series "Fringe." Though the studio wouldn’t comment on the project, it’s likely the film could be in 3D, since the View-Master allows individuals to view images in three dimensions. 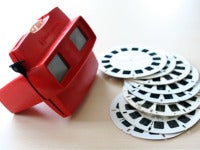 And in a message sent out on his Twitter recently but has since been deleted, Kane revealed: "It’ll be like the old ’80s Amblin movies: ‘Goonies,’ ‘Young Sherlock’ … in that vein."

Deal: Just last week, the studio partnered with Joe Roth to attain Mattel’s "Max Steel," an action figure who is a 19-year-old extreme sports junkie recruited by a secret agency after an accident injects his body with nanobots and he becomes superhuman. Steel has already had some life on screen, in an animated series that ran from 2000-2002. But he’s most popular in Latin America, where the Max Steel action figure is No. 1. Mattel is hoping to use the movies as a way to regain the toy’s popularity stateside. Roth, who is a producer on Disney’s "Alice in Wonderland," produced last summer’s "Hellboy 2: The Golden Army." He also launched the "XXX" franchise while head of Revolution Studios. 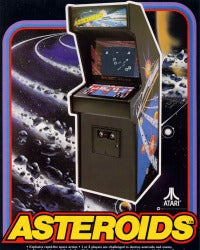 Deal: Universal bid against four studios to pick up the rights to the video game, which screenwriter Matthew Lopez is adapting for the big screen. Originally released as an arcade game in 1979, "Asteroids" was controlled by a player who flew a spaceship through an asteroid field while trying to shoot rocks and flying saucers that came its way. As such, the studio must create its own plot for the game. Lopez is from Disney’s writing program and wrote the most recent draft of "The Sorcerer’s Apprentice," starring Nicolas Cage.

Toy: "He-Man and Masters of the Universe"

Deal: In May, the WB and Silver Pictures landed Evan Daughtery to write the latest draft of "Grayskull," which is based on Mattel’s "Masters of the Universe" cartoon and toy line. The story tells of a warrior named Prince Adam who says the words "By the power of Grayskull — I have the power" and magically turns into He-Man. The studio is looking to make the film into a "gritty fantasy and reimagines Adam as a soldier who sets off to find his destiny, happening upon the magical world of Eternia," according to the Hollywood Reporter.

Deal: The studio is developing a film about the vintage Mattel action figure that will star Tom Hanks, who will also serve as the movie’s producer. The toy line launched in 1966 and Mason led an astronaut team who worked on the moon and lived in a space station. It gained popularity around the time that astronauts were preparing for the first-ever actual visit the moon, but the toy was later retired in the 1970s. At the development meeting for the film, Variety noted, both Mattel executives and Hanks all brought their own Matt Mason figures along with them.