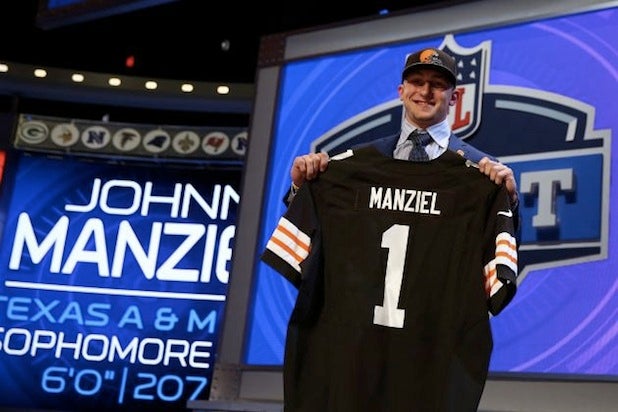 ESPN definitely picked a winner with the NFL Draft.

The telecast of the first round of the NFL draft on Thursday set a record as the most-watched NFL Draft telecast in the 35 years that ESPN has presented the event.

The telecast averaged just shy of 10 million viewers, and drew a 6..1 US rating based on preliminary numbers.

That represents a 49 percent surge over last year’s rating, and a 60 percent jump in total viewership over the previous year.

Ratings for the draft round peaked between 9:45 and 10 p.m. ET, when the Dallas Cowboys picked at No. 16, choosing Zack Martin, with Johnny Manziel still available. (The Cleveland Browns eventually chose Manziel.)