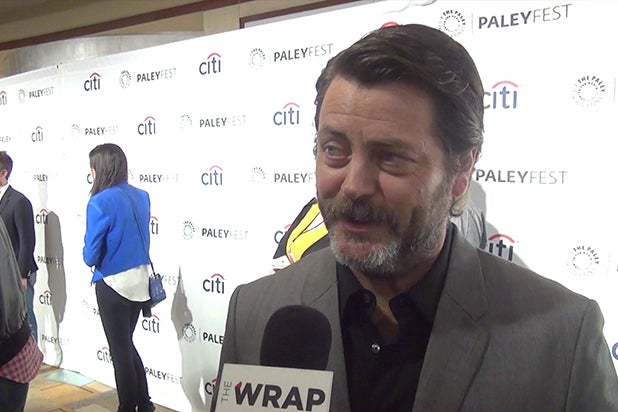 “Parks and Recreation” star Nick Offerman has signed on to join Kyle Gallner and Olivia Thirlby in the metaphysical drama “Welcome to Happiness,” which is the first production from Minutehand Pictures.

Oliver Thompson is writing and directing the movie, which stars Gallner (“American Sniper”) as Woody Ward, a children’s book author with a secret door in his closet, the destination of which is unclear to even him.

Offerman will play Moses, Woody’s father figure and landlord, whose connection to the mysterious door is later revealed.

Thompson, Bay Dariz and Gallner are producing under their Minutehand Pictures banner along with Quinn’s On Q Productions.

“Welcome to Happiness” is currently in production in Los Angeles.

Offerman, who can currently be seen in “22 Jump Street,” is represented by UTA and Jackoway Tyerman, while Gallner is repped by UTA, 3 Arts Entertainment and Hansen Jacobson.