Nicki Minaj will open the 2015 MTV Video Music Awards, the singer announced Thursday via Instagram by posting a sonogram image of a gestating Moonman, the statuette given out at the annual awards show.

Minaj made her VMA debut in the 2010 pre-show, took to the main stage in 2012 to join Alicia Keys for “Girl on Fire,” and performed her controversial mega-hit “Anaconda” in 2014.

Ironically, Minaj blasted the VMAs shortly after the nominations were announced last month by launching into a stream of tweets criticizing the nominations for snubbing her videos because of race and body type.

“When the ‘other’ girls drop a video that breaks records and impacts culture they get that nomination,” she wrote, which some took as a jab against Swift, whose “Bad Blood” music video featured a bevy of predominantly white women, and received a nomination for Video of the Year.

The 2015 MTV VMAs will feature Miley Cyrus as host. In addition, Justin Bieber, The Weeknd, Pharrell Williams, Demi Lovato, Macklemore & Ryan Lewis, Tori Kelly, A$AP Rocky and Twenty One Pilots are confirmed to perform. Presenters will be announced at a later date.

In addition, MTV has teamed up with fashion designer Jeremy Scott to redesign the MTV Moonman for the 2015 VMAs.

Artists who win a 2015 “Video Music Award” will take home a special-edition Jeremy Scott Moonman, which was created exclusively for this year’s show. 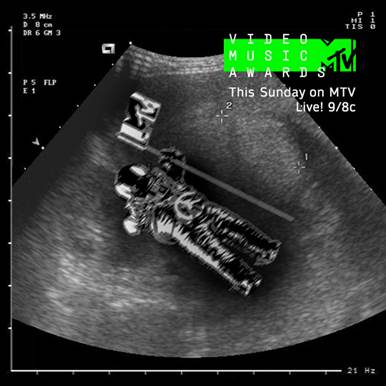