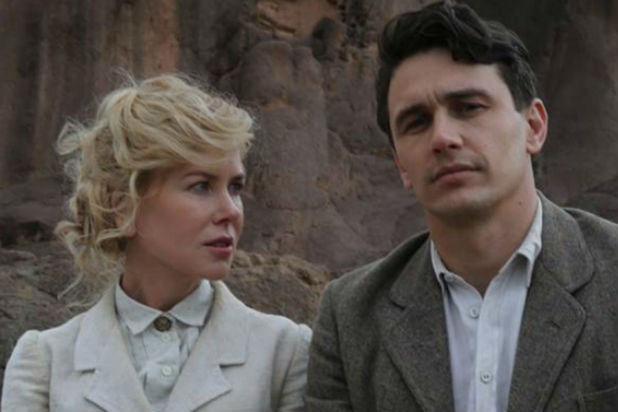 The film is an adventure biopic about explorer and cartographer Gertrude Bell.

IFC Films announced today from the American Film Market conference that the company has acquired US rights to Werner Herzog’s QUEEN OF THE DESERT. The film, written and directed by Herzog, stars Nicole Kidman, James Franco, Robert Pattinson and Damian Lewis.

QUEEN OF THE DESERT is the true story of British explorer, cartographer and archaeologist Gertrude Bell (Kidman). Set against the backdrop of the disintegration of the Ottoman Empire, Bell sets off on an epic odyssey as an attaché of the British Empire to chart and define the modern borders of the Middle East.

IFC Films stated: “The entire team at IFC Films is thrilled to be working once more with Werner Herzog who is undoubtedly a modern master of cinema. Having previously worked with him on his award-winning CAVE OF FORGOTTEN DREAMS, Werner continues to bring innovation, elegance and poignancy to each of his films and his latest work is no exception.”

The deal was negotiated by Arianna Bocco, EVP of Acquisitions and Production from Sundance Selects/IFC Films, with Cassian Elwes, Lawrence Kopeikin and CAA on behalf of the filmmakers.

IFC Films is a sister label to Sundance Selects and IFC Midnight, and is owned and operated by AMC Networks Inc.

QUEEN OF THE DESERT was financed by Benaroya Pictures.