TheWrap’s Sharon Waxman grilled Nikki Finke about the sale of her site, DeadlineHollywoodDaily.com, to the Mail.com Media Corporation, her traffic, the valuation and her plans to expand.

Why did you sell the site?

It was never for sale. A year and a half ago, there started to be interest, and about a year ago there was more interest. It ranged from people kicking the tires to really wanting to buy it, to money to invest in it. It was dizzying. That’s when I realized I had to have a business agent. 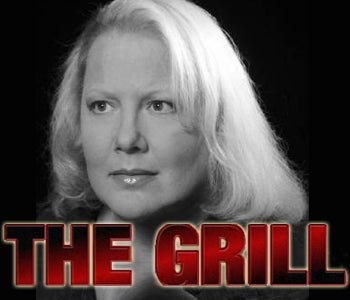 He’s been marvelous. He’s a pretty known quantity in the Internet world. He was recommended by a friend. He just took it over.

Who were some of the companies interested in buying the site?

I’m just not going to go there. There’s no reason to embarrass people. That’s between them and me.

Because they didn’t get it.

Are you saying no one kicked the tires and walked away … you just wouldn’t sell it to them?
I conducted it privately, I think it should remain private.

OK, so back to why you sold it?

In the end, I realized all the benefits. I could keep the integrity of the site. I could keep control over the content and design. I could take it to the next level in terms of infrastructure and platform — I don’t know what the right words are. It was too good to turn down.

What is your traffic?

I’m obsessed by the news. Not by my traffic. People keep telling me it’s extraordinary. I know that since the inception of the site there have been 65 million page views this week. Give or take. That’s what I can tell you. That’s what the source meter says on my site. I don’t know. It’s called Sitemeter.

You told me the numbers I published back in March were wrong?

I don’t know the number you seem to desperately want. I don’t have to tell you anything.

What is your vision for taking it to the next level?

I don’t know, but I sure want to find out. We have a strategy that we want to pursue.

What does that involve?

I’d rather not tell you.

You plan to hire a senior journalist in New York? How soon?

Will that person report to you?

What will their job be?

That will be worked out. A reporter. My site is original content.

Bigger is not necessarily better. It’s the quality.

Are you involved in the business side?

No. This is what I love doing. This is what I get up in the morning. I love what I do. I love pursuing journalism. I love chasing news. One of the great things about this new deal, is I now have an entire company thinking about the business side.

How long has this deal been in the works?

I was wondering that myself. It’s been months and months.

Why do you think so many people were interested?

I don’t know. I think over 18 months original content started to be recognized as having real value. That’s what happened. It was startling. A week would go by, and suddenly it was … guess who called. And it would be … No. What do they want with me?

And why did it take so long?

Because I wasn’t looking to sell. Just because people call you — I was very reluctant. I approached everyone with great suspicion. I kept thinking everyone just wanted to put me out of business. I chose Jay after a lot of deliberation, a lot of examination, and a lot of hesitation. I finally got to a comfort zone. That was true with everybody. I’m not easy. I was a crank. I was constantly asking questions, and this and that. I didn’t want or need a deal.

I will not confirm or deny anything.

So what was the deal?

It’s the GNP of a small country.

What the f— does that mean?

It’s cute to you.

I’m also using the line, "I’m working for a 30 year old." I don’t take this as seriously as you do. Hell, it’s just life. Not the second coming. I didn’t hire a publicst. It was a deal worth waiting for.

You haven’t mentioned the LA Weekly?

They’ve asked me to continue as their columnist. I love writing my column for them. Heck, I’m late for it today.

I’m delirious. I’m really happy. This was a really long stressful process where you didn’t want people to go away angry, but you have to do what’s right for you. You could’ve done this as an investment. You could’ve done this structured as incentives. You could’ve done it as a rental, versus buying. Or you could do it as an outright purchase, where you’re partners, you’re in there. There are so many ways to structure it — and the last thing I wanted was to think about was that stuff.

I presume you have a contract to stay for a certain amount of time?

What I have is what I wanted – I wanted a long term service contract. I wanted the job security.

How long is it?

Why not take the money and retire?

When you get both, money and job security — how great is that? I love working.

Is the transition done?

No. the changeover won’t take place until after the Fourth of July.