Since critics and the public are hardly in sync with most summer blockbusters, Paramount has decided not to screen "G.I. Joe: The Rise of Cobra" for film critics before its Friday opening. 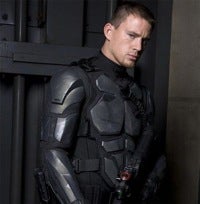 The studio says it is instead gunning for audiences outside New York and Los Angeles.

Withholding films from critics is a ploy normally reserved for genre pictures with built-in fans or movies that specific studios are trying to dump.

But "G.I. Joe" has been tracking well, and the studio knows it doesn’t need critics to get the core audience of young men to go to the theaters. In fact, the plan for "G.I. Joe" was hatched after "Transformers: Rise of the Fallen" received critical barbs but massive crowds at the boxoffice.

" ‘G.I. Joe’ is a big, fun, summer event movie," Rob Moore, Vice Chairman of Paramount Pictures, told the Associated Press. "After the chasm we experienced with ‘Transformers 2’ between the response of audiences and critics, we chose to forgo opening-day print and broadcast reviews as a strategy to promote ‘G.I. Joe.’ We want audiences to define this film."

"They don’t need (to screen) it, and there’s no upside to negative reviews," Hollywood.com’s Paul Dergarabedian told the AP. "The film is going to open well no matter what."