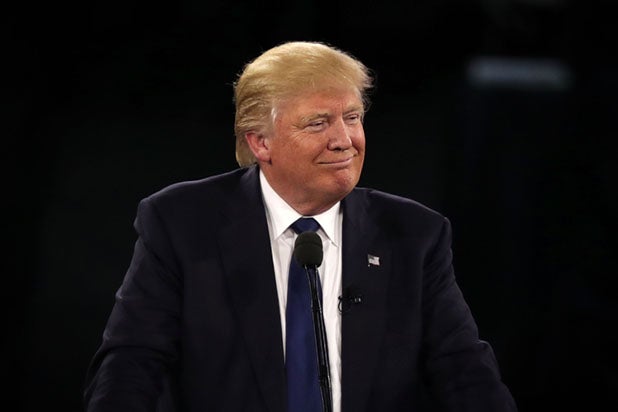 The Associated Press contacted Trandem when Trump stood at 1,235 and the small-business owner refused to support a particular candidate.

Trandem is an unbound delegate, meaning that he is free to support the candidate of his choice. All 28 GOP delegates in North Dakota are unbound because the state party declined to have a primary or caucus.

The savvy AP reporter got a hold of Trandem on his wife’s cellphone when he was on his way to a Trump event with state Rep. Ben Koppleman, who is also an unbound delegate.

Trandem fired back: “Then I’m the one!”

Just like that, the AP declared that Trump had officially secured enough delegates to become the GOP presidential nominee.

Trandem shook hands with Trump later in the day during a news conference in Bismarck, North Dakota.