– William Shatner will be starring in CBS’ new comedy "$#*! My Dad Says," based on a Twitter page of the same name created by writer Justin Halpern. We asked Shatner if he thought 140-character Tweets are sufficient source material for a sitcom. "You multiply by 10 each character it gives you 1,400 … I think what we’re doing is taking each one of these Twitters and building an episode around them," he said. 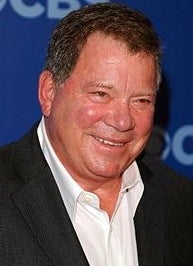 – Tom Selleck sipped a Coors Light with Bridget Moynihan and Donnie Wahlberg, his co-stars in the eye network’s "Blue Bloods," a drama about a family of New York City cops from the executive producers of "The Sopranos." The promising series got a pretty dicey time slot — Friday nights at 10 p.m. I asked Selleck if he was afraid the questionable time slot might sink the show before it gets off the ground. "It’s not my job, I don’t even think about that stuff," he said.
— "60 Minutes" anchor Steve Kroft talked to TheWrap about his exclusive interview with Conan O’Brien last month where the ex-"Tonight Show" host revealed some of the hard feelings he has for NBC management and Jay Leno. Kroft said he thought O’Brien "let NBC off easily, or much easier than he did Jay." Kroft speculated that "it may have been contractual, but I think he took what Jay did more personally, he expected the worst from NBC and [network President] Jeff Zucker." During the interview, Kroft took a ride in O’Brien’s beat-up 1992 Ford Taurus. "I was going to call and renew my AAA membership, but I didn’t have a chance," said Kroft. 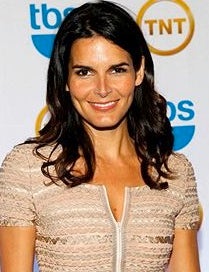 – Angie Harmon was one of the celebs who had lunch at Del Posto in Manhattan following the Turner upfront. She’ll be starring in "Rizzoli & Isles," a new TNT series in development based on the detective novels of Tess Gerritsen. She said the show is a "modern day ‘Cagney & Lacey.’" Harmon is perhaps best known for the three years she spend on "Law & Order" playing Assistant D.A. Abby Carmichael. I asked her how she felt about L&O’s cancellation last week, one season shy of the record for longest scripted television series. She said the record was "real important" to series creator Dick Wolf. For her part, she said she still gets "nostalgic" whenever she passes the old "Law & Order" lot at Chelsea Piers. "I’m kind of hoping maybe they’ll do a "Law & Order" museum with all the sets.". 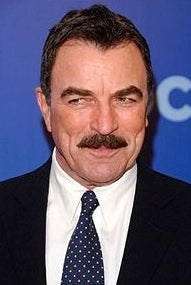 – "Saturday Night Live" alums Tim Meadows and Molly Shannon had a mini-reunion at the Turner lunch. Meadows is starring in the newly-greenlit TBS college comedy "Glory Daze," and Shannon is voicing a demon in the animated TBS comedy "Neighbors From Hell." I asked Meadows how often he gets to see his old castmates and he said, "not enough." Meadows said he last saw Shannon at an afterparty for the SNL episode hosted by Betty White. Meadows said he was a big supporter of the massive social-networking campaign that landed White her hosting gig. "I liked it, I was one of the first Facebook fans who signed on to that," he said.
– "Closer" star Kyra Sedgwick discussed some of the changes made on her show in response to real-life developments in the LAPD, which recently got new headquarters and a new chief. The cops on "The Closer" will be making those same changes, she said, adding that it’s important to the show’s creative team to avoid inauthenticity and to "be true to the LAPD." She didn’t seem concerned with the launch of "Law & Order LA" on NBC. "I don’t watch that show, so I don’t really know," she said.