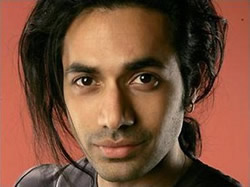 The prosecutor used a power point presentation, with the previous quote as one of the slides, to paint a picture of Jon as a predatory sex fiend. For well over an hour, she distilled the most graphic testimony of plaintiffs who gave grand jury testimony a year ago, describing how Jon lured them to his apartment, and then assaulted them sexually. Young offered up a glimpse of the coming argument as to why almost none of these victims went to the police, or why many of them followed Jon to other cities. "Human reactions to trauma," read the card, "Fight, flight, freeze."

Before getting started, though, Young asked the judge to drop yet another plaintiff from the original list of 20 women accusing Jon of assault. That struck four more counts against him, leaving just 25 alleged crimes against nine women. Defense attorney Leonard Levine told reporters this was a sign that the prosecution's case "was falling apart."

Only two women remain accusing him of the most serious charge, forcible rape.

Still. Nine women, if they are credible, are more than enough to put Jon away for the rest of his life. And the visual evidence, if circumstantial, is highly emotive; Young showed a videotape of Jon asking a 17-year-old to take off her clothes.

Throughout, Jon sat at the defense table, dressed in a suit, without a discernable reaction.

His lawyer, Levine, responded with a power-point of his own. "What are the issues?" read one card. "Where is the evidence?" read another.

The jury, comprising 6 women and 10 men (including four alternates) and with a racial mix, will have a challenging task ahead of them. Monday will bring the first witnesses, the victims themselves. In the absence of physical evidence to convict Jon, their testimony will be the whole case. Stay tuned.