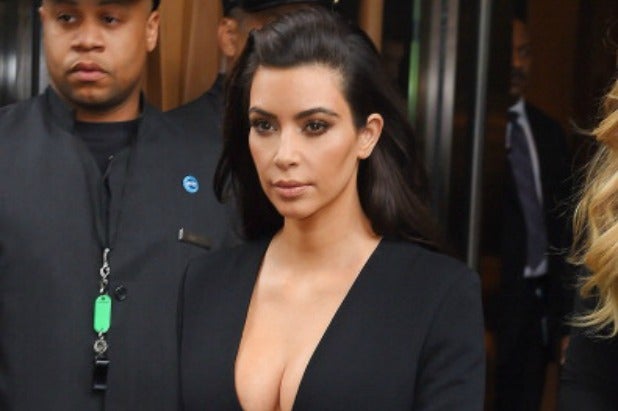 Media figure and frequent Kardashian foe Morgan took aim at the “Keeping Up With the Kardashians” personality on Friday, after Kardashian posted yet another nude image of herself on social media.

Kim Kardashian posted the photo of herself in the altogether on Friday ostensibly to show off her spray tan, writing, “Nothing like a midnight spray tan, you guys … Tanorexic.”

Good thing, too, because with all the shade Morgan is throwing her way, she sure isn’t going to get a tan from the sun.

This isn’t the first time that Morgan has torn into Kardashian over her tendency to shed her clothes on social media.

Back in March, Morgan took aim at Kardashian and her pal Emily Ratajkowski, after the two posed topless on social media back in March.

“Just a thought @KimKardashian @emrata – but you could always try wearing a little dignity?” Morgan huffed at the time, adding, “RIP feminism.”

In July, after Ratajkowski posed nude for Harper’s Bazaar, Morgan tweeted, “Do you want me to buy you some clothes? You look freezing.”

Ratajkowski didn’t miss a beat, calling Morgan out for riding her naked body to further publicity.

“@piersmorgan thanks, but I don’t need clothes as much as you need press,” she wrote.