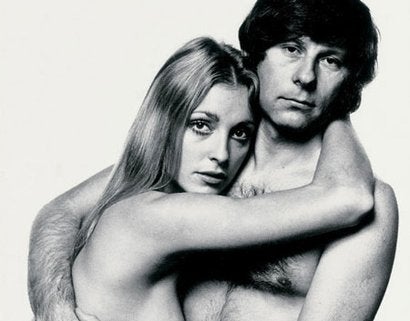 A nude photograph of Roman Polanski and his late wife, Sharon Tate, will be auctioned at Christie’s in New York City on Dec. 7.
The photo, shot in 1969, was taken months before Tate was murdered by followers of Charles Manson.
Christie’s believes that the photo may garner anywhere between $8,000 to $12,000.
Polanski’s request for his release on bail was accepted Wednesday by a Swiss court.