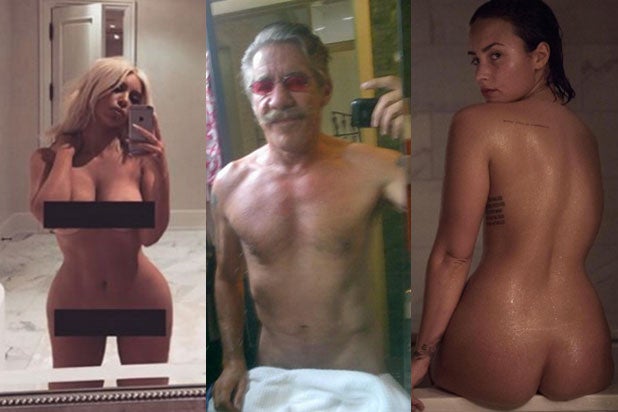 We're marking #NationalSelfieDay by looking at the biggest exhibitionists: From Miley Cyrus to Geraldo Rivera, here are stars who have mastered the art of nude selfies. 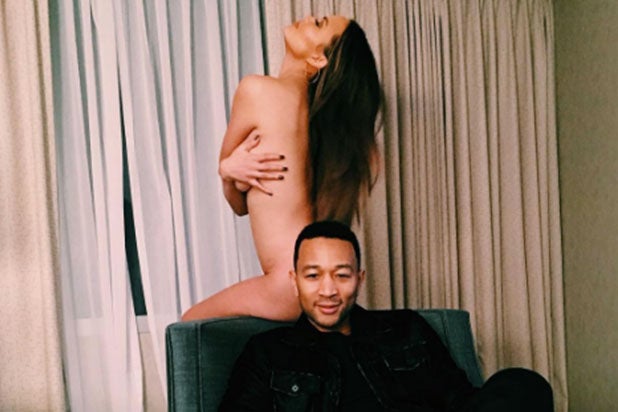 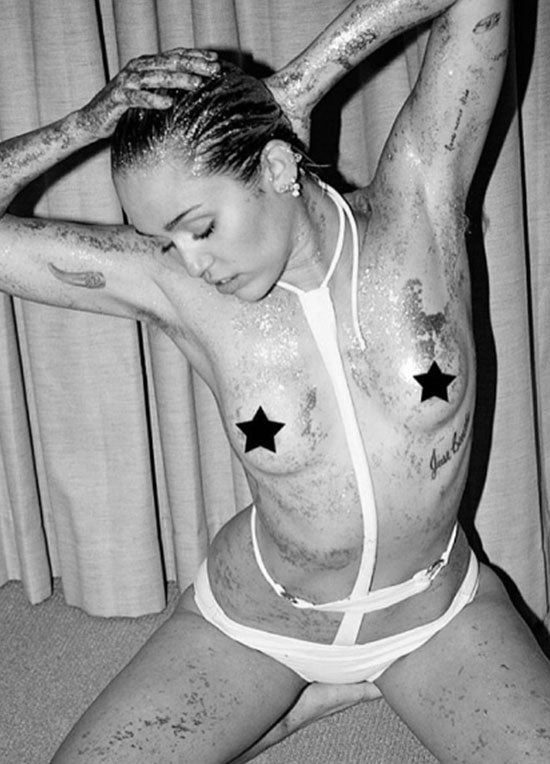 Instagram
Miley Cyrus  Cyrus is the queen of nude selfies, and the singer will often spark controversy with her raunchy and revealing Instagram posts and outfits. Months ago, she stripped down for the camera, with fans commenting that the image was pornographic. 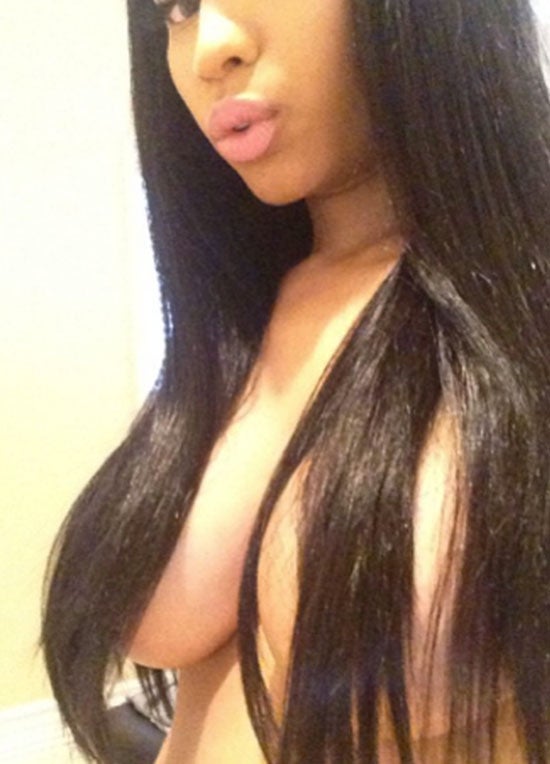 Instagram
Nicki Minaj  With plenty of risque nude selfies to choose from, Minaj let her hair down for this one. 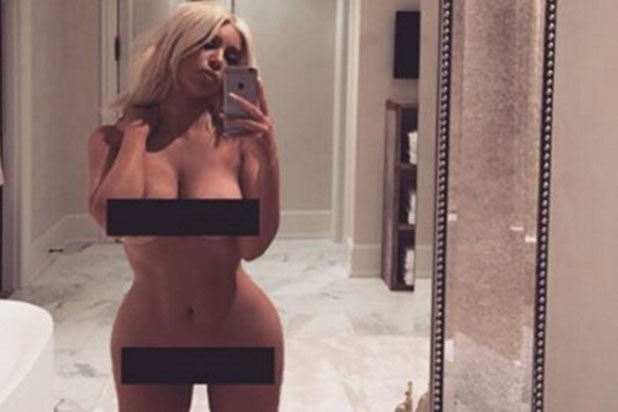 Instagram
Kim Kardashian  Kardashian broke the internet when she posted a nude in March 2016 with the caption, "When you're like I have nothing to wear LOL." The picture spawned backlash from some, and support from others. 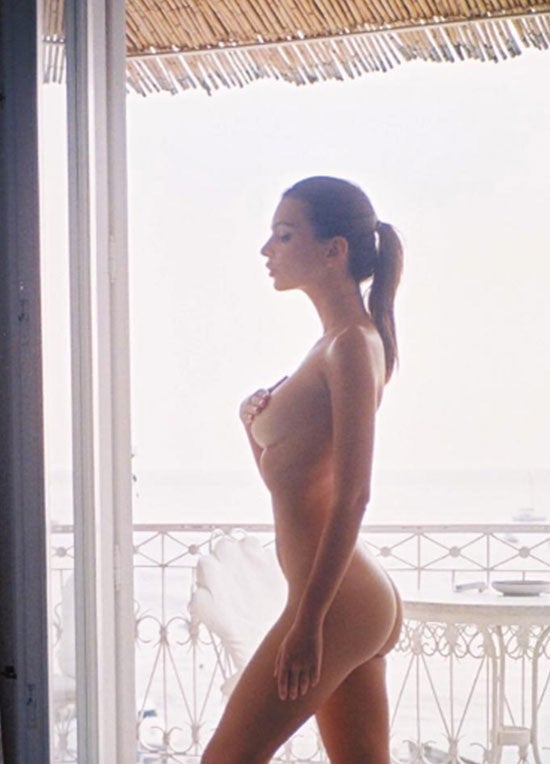 Instagram
Emily Ratajkowski  Ratajkowski sure flaunts herself on Instagram, and also posted a nude in support of Kim Kardashian's steamy photo with the reality star herself. 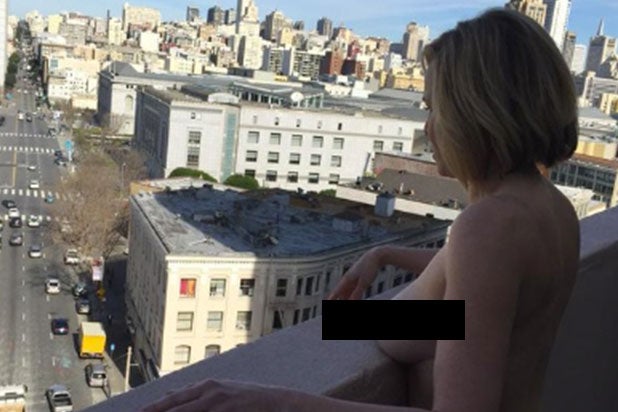 Twitter
Chelsea Handler Handler set the internet on fire when she posted a topless picture of herself on a horse in protest of Instagram's no-nipple policy. Her photo was removed, but she kept uploading it. In February 2015, she also uploaded this picture to Twitter with the caption, "Thanks for having me Twitter." [Note: we censored the image] 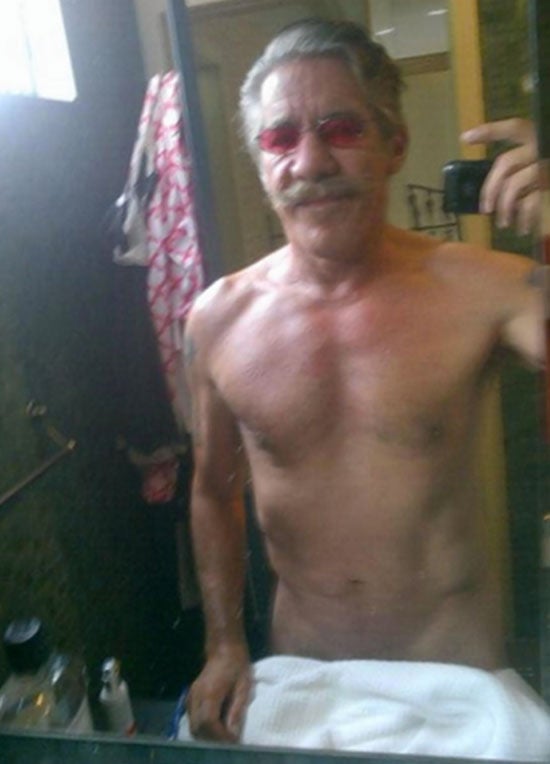 Twitter
Geraldo Rivera In 2013, Rivera posted a bathroom mirror selfie with the caption, "70 is the new 50." He later removed it, blaming the incident on tequila. 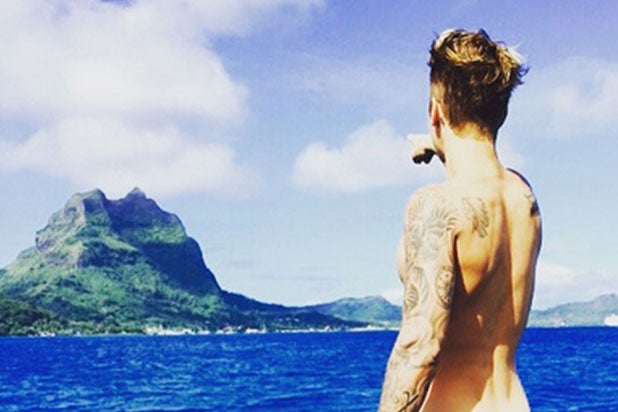 Instagram
Justin Bieber The "Sorry" singer sure likes to bare his butt on Instagram, once on a tropical vacation in 2015, and another during a camping trip. 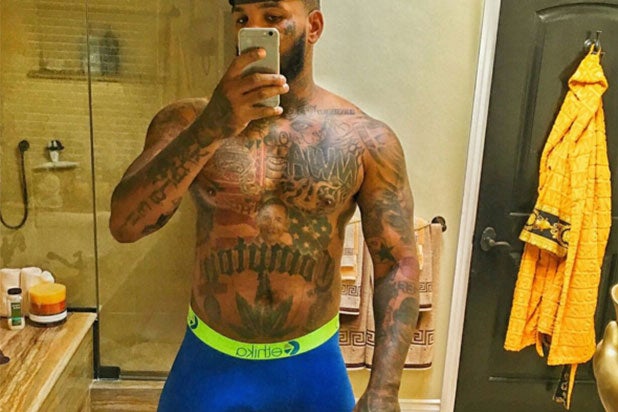 Instagram
The Game The rapper made headlines in 2015 after Justin Bieber's butt pic with a snapshot in his briefs. 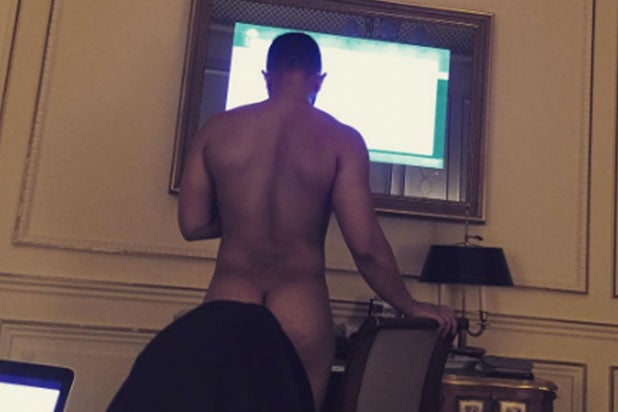 Instagram
John Legend In response to the outrage over Bieber's butt pic, Chrissy Teigen posted a picture of her husband's backside to Instagram. 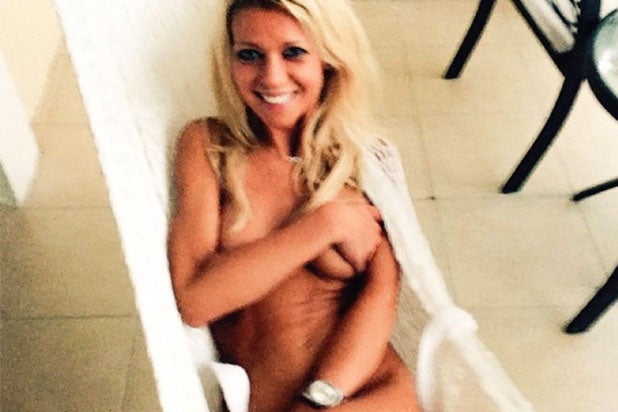 Instagram
Tara Reid  The "American Pie" star likes to post pictures of herself in a bikini, but during a New Year's vacation in Mexico, Reid posted a picture on Instagram in which she appeared to be completely naked. 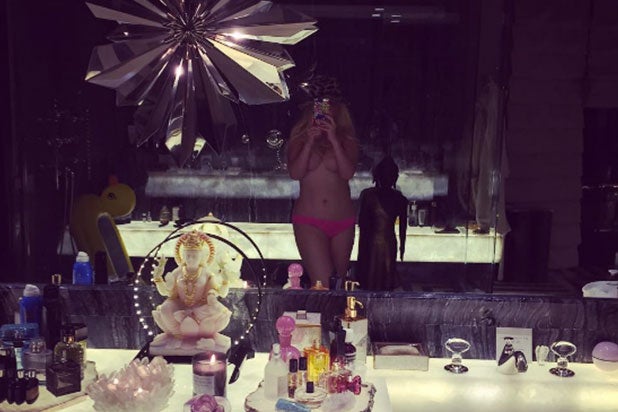 Instagram
Christina Aguilera  The "Genie in a Bottle" singer wanted to get "personal" with her fans, and posted a mirror selfie of herself wearing nothing but a leopard print hat and pink undies. 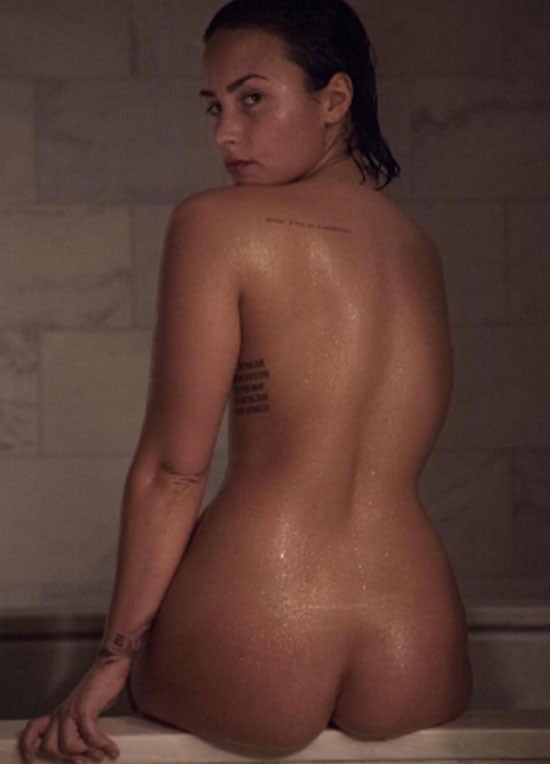 Instagram
Demi Lovato  The singer stripped down for her Instagram in 2016, captioning the image, "What's wrong with being confident? #vanityfair #CONFIDENT" 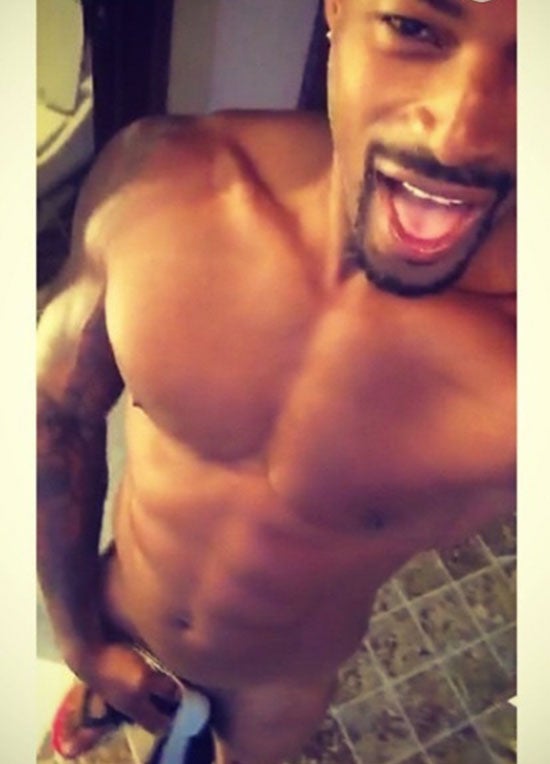 Instagram
Tyson Beckford  The model posted several racy pictures on his Snapchat, and this one was posted to his Instagram as well.

Liam Payne  In July 2019, former 1Direction singer Liam Payne had no trouble showing off his well-toned bod in a retweeted image shown side by side with a shot of a naked Kate Moss in a similar director's chair

Ansel Elgort  In April 2020, the "Baby Driver" star posted a nude shot of himself in an outdoor shower (with his hand barely covering his privates) to raise money for Brooklyn hospitals in the midst of the coronavirus pandemic. Curiously, the photo was taken by his father, acclaimed photographer Arthur Elgort.
x
Looks like you're enjoying reading