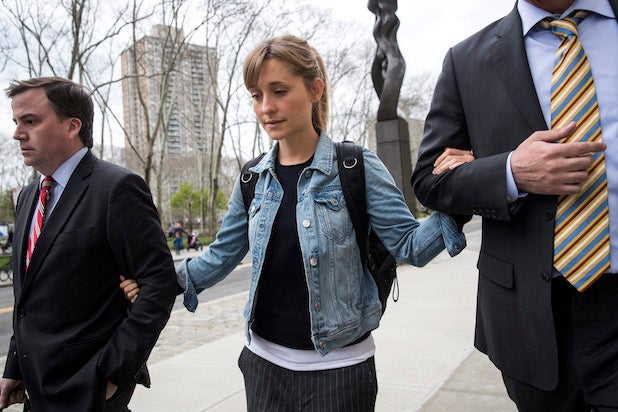 HBO Documentary Films is currently in production on a docuseries about NXIVM, the company accused of being a sex trafficking ring.

Jehane Noujaim and Karim Amer (“The Square,” “Control Room,” “Startup.com”) are directing the untitled series, which follows a range of people who joined the purported self-improvement group. Per HBO, the show “will take a deep, nuanced look at experiences of its members, spotlighting their universal desire for personal growth.”

The group rose to public attention last year after charges, including sex trafficking and racketeering conspiracy, were brought against its highest members, most notably founder Keith Raniere and former “Smallville” star Allison Mack.

Mack entered a guilty plea in a New York court regarding her involvement in the sex trafficking case last week after being accused by authorities of recruiting young women and manipulating them into branding their bodies and becoming sex slaves for Keith Raniere. She faces a maximum of 40 years in prison.

In March 2018, Raniere was arrested in Mexico, where he fled after the publication last fall of a New York Times report about NXIVM’s reported practices. Federal authorities say Raniere and Mack created a secret society within NXIVM in 2015 called “DOS,” which “operated with levels of women ‘slaves’ headed by ‘masters.'”

Noujaim’s interest in the organization began in 2010 when she took NXIVM’s introductory “Executive Success Program” workshop, according to HBO, and her docuseries with Amer will aim to “reveal the issues behind the headlines and explore the emotional toll of unfolding events on these individuals.”