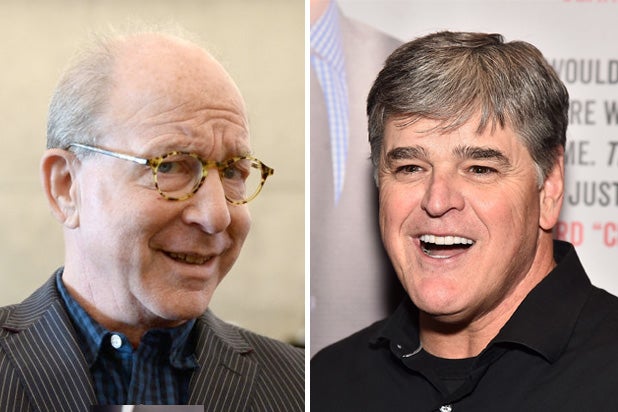 Saltz said he deleted the tweets on Tuesday after he was accused of promoting homophobia.

“I deeply apologize for sharing an image that many found offensive and homophobic,” said Jerry Saltz “I have learned from their comments and have deleted the tweet.”

I deeply apologize for sharing an image that many found offensive and homophobic. I have learned from their comments and have deleted the tweet.

One image, which Saltz said he saw on the wall of New York City’s Canal Street subway station, featured the Fox News host servile on his knees preparing to perform oral sex on the billionaire commander in chief.

“Hey! What’s @SeanHannity doing to King Turd,” said the Pulitzer Prize winning critic. “Great art posted now in Canal Street subway station. Make something: put in in public take it’s picture post it. If you build it they will fall.”

Screenshots of both images were taken by TheWrap before they were deleted. 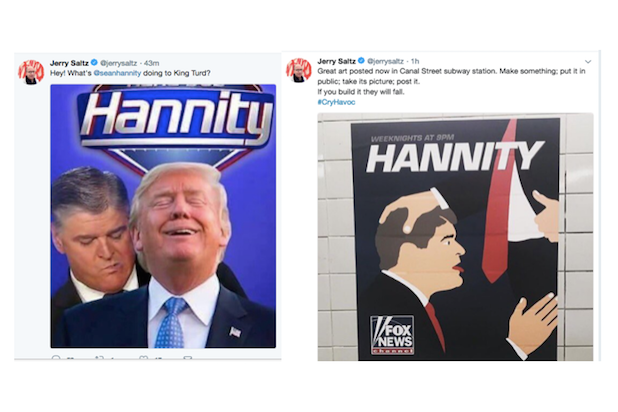 “Jerry found the image on Instagram,” a rep for New York magazine told TheWrap. “He has since apologized and deleted the tweet.”

Though he deleted the tweets, they were hardly the first time the critic has embraced some of the web’s crasser Trump fare.

Some other tweets and images Saltz has posted which remain live as of this writing include:

This image of shirtless Vladimir Putin riding an animal that looked like Trump was posted two weeks ago — but also deleted on Tuesday. 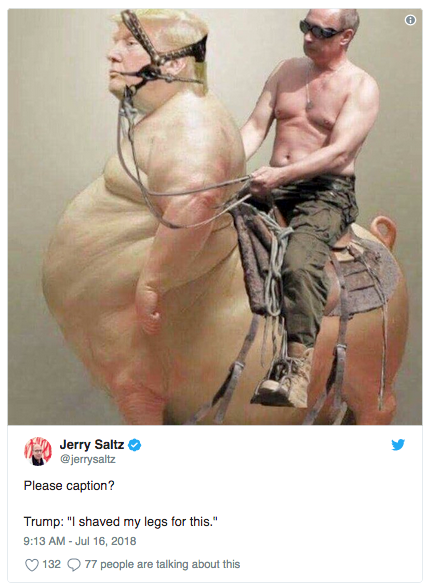 This piece showing the president’s mouth on the backend of a cat.

And this piece suggesting that Republican Rep. Paul Ryan and Sen. Mitch McConnell should be flayed alive. 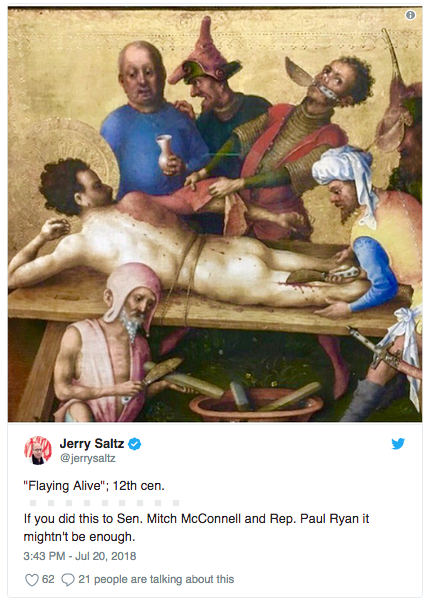