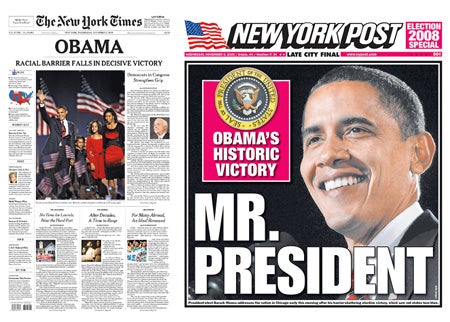 In case you missed it, Rupert Murdoch lobbed some strategic grenades at the New York Times during an interview at the National Press Club in Washington last night, accusing the Grey Lady of being in bed with Barack Obama.

Or, as the News Corp. chief put it: “I have great respect for the Times, except it does have very clearly an agenda. You can see it very clearly in the way they choose their stories, what they put on Page 1 — anything that Mr. Obama wants.”

I asked the Times for a response. Here it is, via a spokesperson for the paper: "The
goal of The New York Times is to cover the news as impartially as possible. Any claim to the contrary is simply wrong."