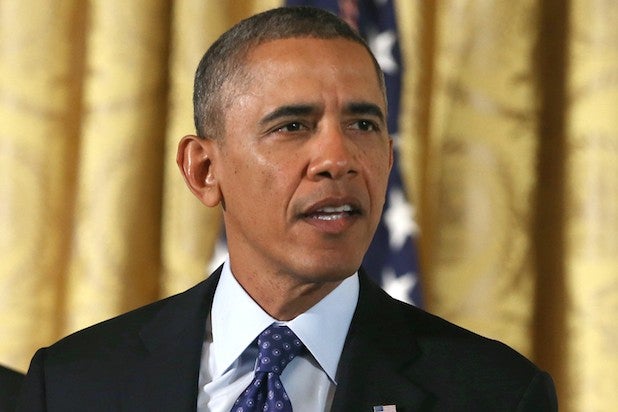 It turns out President Barack Obama is a TV fanboy.

We already knew that Pennsylvania Avenue’s most famous resident is a “Homeland” fanatic, but that’s not the only small screen favorite that sets his pulse racing.

The president asked HBO Chief Executive Officer Richard Plepler at last week’s state dinner for French President Francois Hollande if he could score him advance copies of “True Detective” and “Game of Thrones,” according to the New York Times. President Obama reportedly was hoping to catch up on the two shows over the Presidents Day Weekend.

“True Detective” has aired five of its eight episodes, but “Game of Thrones” does not premiere until April 2, so nabbing that screener would be a true feat of executive power. As the Times article goes on to note, President Obama is content agnostic. He is equally enamored of streaming video as he is of premium cable shows.

On Thursday, the president tweeted that “House of Cards” was about to start its second season and beseeched the online community, “no spoilers please.”

Do not come between the POTUS and his shows.