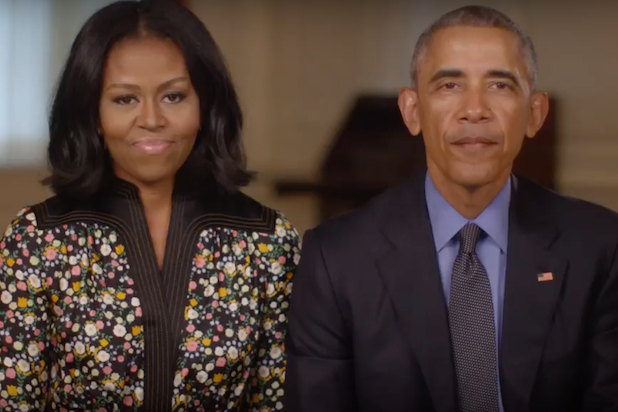 While the terms of the deal were not disclosed, the Financial Times reported that the auction among rival book publishers had topped a record-breaking $60 million.

The former president and his first lady will write separate memoirs under terms of the deal — but the two shopped their projects jointly.

“We are absolutely thrilled to continue our publishing partnership with President and Mrs. Obama. With their words and their leadership, they changed the world, and every day, with the books we publish at Penguin Random House, we strive to do the same,” Markus Dohle, chief executive of Penguin Random House, said in a statement.

“Now, we are very much looking forward to working together with President and Mrs. Obama to make each of their books global publishing events of unprecedented scope and significance.”

HarperCollins, which is owned by Rupert Murdoch’s News Corp, and Simon & Schuster had also expressed interest in the highly-anticipated reads.

Penguin Random House published Obama’s three previous books, including “Dreams of My Father” and “The Audacity of Hope.”

The Obamas were represented by Robert Barnett and Deneen Howell of Williams & Connolly in the publishing deal.

Meanwhile, the Obamas also plan to donate a portion of their profits to charity, including to the Obama Foundation.