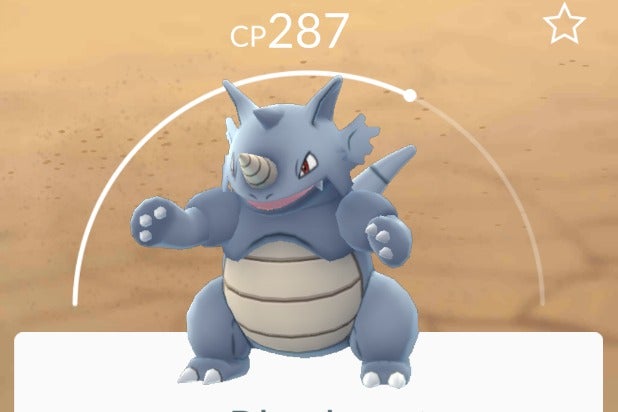 Oliver Stone participated in his first even panel in the massive Hall H in the San Diego Convention Center Thursday — and when the Q&A session was opened up to the audience, somebody of course asked him about “Pokemon Go.”

“Pokemon Go” is, as we all know, the mobile augmented reality sensation in which players walk around the real world using their phones to find and capture Pokemon. It has drawn a massive and obsessed following — and players have been all over the place at Comic-Con.

But Stone, the director of “Wall Street” and “JFK,” sees it not just as a game, but as a conspiracy.

Also Read: How to Play 'Pokemon Go': 12 Tips and Tricks for Beginners (Photos)

“What’s happening is a new level of invasion,” Stone said, referring not just to this Pokemon smartphone game but corporate practices in general. “They’re data mining every single person in this room. … ‘Pokemon Go’ kicks into that.”

He said “Pokemon Go” is a direct extension of other corporate practices designed to steal people’s private information.

“Snowden” actor Zachary Quinto was less political in his criticism of the  game. His objection?

“People need to pursue was makes them happen but what makes me happy is looking up from my screen,” Quinto said.

Whether or not you agree “Pokemon Go” is “surveillance capitalism,” there’s no argument it’s successful capitalism: It sent Nintendo shares soaring 71 percent last week, the company’s best week ever. Nintendo traded 476 billion yen ($4.5 billion) in shares on Friday, the biggest one-day turnover for any company in Japan’s Topix index since last century.

A smartphone war has erupted between the three teams in addictive game, creating a wave of memes in the process

If you're finally entering the world of "Pokemon GO" as it enters its second week of pop culture domination, be warned: there's a war going on, and you will be asked to take a side. Upon reaching level 5, players are able to participate in Pokemon battles to take control of gyms at different landmarks, but to do so you will have to join one of three teams: Team Valor, Team Mystic, or Team Instinct.