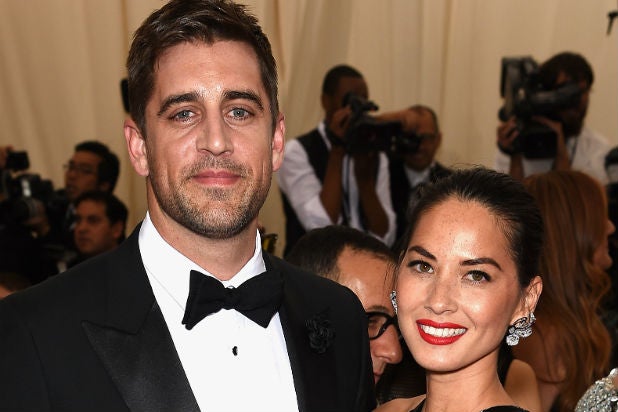 Olivia Munn isn’t messing around with her mutant training.

The actress took to Instagram to show off her practice session in preparation for “X-Men: Apocalypse,” in which she plays Psylocke, a mutant with telepathic abilities and ninja-like skills.

Munn is plenty competent when it comes to handling her blade, but she might want to give some pointers to her boyfriend, Green Bay Packers quarterback Aaron Rodgers. Seen behind her in the brief clip, we’ll let their respective swordplay do all the talking in the Instagram post below.

Munn recently starred opposite Johnny Depp in “Mortdecai” and will soon be seen alongside Kevin Hart and Ice Cube in “Ride Along 2.” The “Newsroom” star is represented by CAA and Atlas Artists.