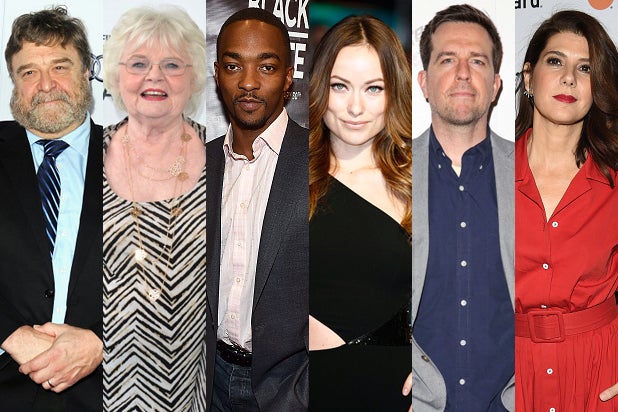 An all-star cast has signed on for CBS Films’ Christmas family drama “Let It Snow,” which has commenced principal photography in Pittsburgh.

Jessie Nelson (“I Am Sam”) is directing the film, which was previously known by the working title “The Most Wonderful Time,” from a script by Steven Rogers (“Stepmom”).

Story follows the exasperated members of an extended family as they attempt to gather for their annual Holiday celebration. As the Christmas Eve chaos unfolds, so do moments of life transition for each of them as they realize that a house filled with love and laughter always makes the season bright.

Groundswell’s Michael London and Janice Williams are joining Nelson in producing the film. Imagine Entertainment, Keaton, Rogers and Ted Gidlow are serving as executive producers. Oscar/Grammy-winner T Bone Burnett is serving as the film’s executive music producer as well as producing its soundtrack.

Executive VP of acquisitions and co-productions Scott Shooman is overseeing the project for CBS Films.