Olympic gold medalist Picabo Street has been charged in what police said was an attack on her 76-year-old father.

Street faces one count of assault and three counts of domestic violence in the presence of a child, which are all class B misdemeanors, the Salt Lake Tribune reported Wednesday. Each charge is punishable by a maximum of six months in jail.

Street posted bail and is due in court Feb. 16 for a pretrial hearing. She has pleaded not guilty to the charges.

The champion skier was arrested at her Park City, Utah, home on Dec. 23 after calling police and saying she “had got into a fight” with her elderly father, Roland Street, authorities said.

“Picabo stated that during the fight, she pushed Roland down the stairs and locked him in the basement before she called dispatch,” an officer wrote in the statement for the Summit County jail.

Roland Street told police that before the fight, he was trying to leave the home and “bumped his car into the house.” He said his daughter yelled at him and a physical fight ensued inside the home, which resulted in him falling “down two flights of stairs” and possibly hitting his head. A responding police officer noticed Roland Street had cuts on his elbow and neck, the Tribune reported.

Here is her mugshot: 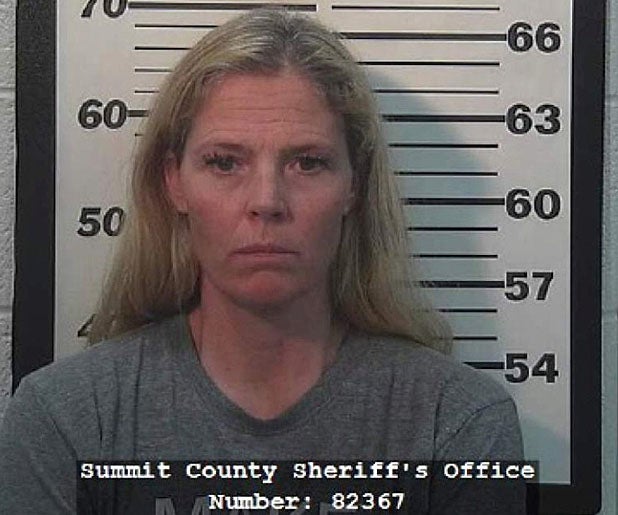 She retired from international competition after the 2002 Winter Olympics in Utah, where she finished 16th in the downhill and was inducted into the National Ski Hall of Fame in 2004.

Street has three children, who witnessed the fight.