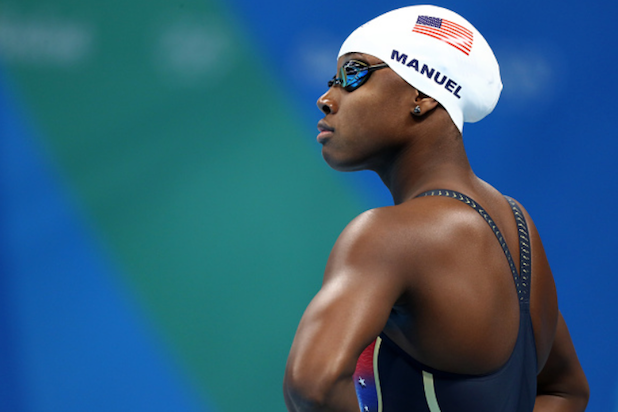 The San Jose Mercury News has apologized for the headline “Olympics: Michael Phelps shares historic night with African-American,” that it ran after U.S. swimmer Simone Manuel won a gold medal at the Rio Olympics on Thursday.

The original headline was ridiculed across social media for being racially insensitive.

The 20-year-old became the first African-American woman to win a gold in an individual swimming event when she tied with Canadian Penny Oleksiak in the 100 freestyle. However, her moment in history was underplayed by the paper.

Manuel is a Stanford student so the San Jose Mercury News in Northern California is one of the local papers in that region. The headline now recognizes that regional connection, “Olympics: Stanford’s Simone Manuel and Michael Phelps make history.”

“This medal is not just for me,” Manuel is quoted as saying in the story. “It’s for a whole bunch of people that came before me and have been an inspiration to me. It’s for all the people after me, who believe they can’t do it. And I just want to be inspiration to others that you can do it.”

They finally got it right on the third try.

Manuel’s groundbreaking victory and Olympic-record time of 52.70 seconds won accolades from fellow athletes and entertainment stars alike in an outpouring of love on social media and hate from people who saw the original headline.

Another reason why your #business should be very careful about who is driving your #socialmedia https://t.co/ppDVH8MQli

Is the Olympics a competition in sports or which media outlet can publish the most offensive thing? I can’t tell https://t.co/2FsORgoFTp

And the racist and sexist headlines keep on coming, this is probably the worst Olympics yet…hate to say it! https://t.co/YDWUKjBx37