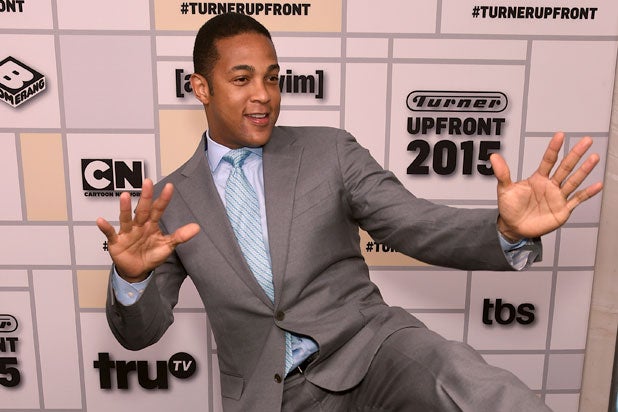 Tensions between CNN anchor Don Lemon and “Celebrity Apprentice” alum Omarosa are heating up after a tense on-air exchange between the two on Friday.

Approached by TMZ about her run-in with the openly gay cable news host, Omarosa accused Lemon of “queenish behavior” and offered him the advice: “Stop being such a queen,” in video posted by the gossip site on Tuesday.

In a Friday appearance on “CNN Tonight,” Lemon cut off Omarosa after asking her about a new-infamous retweet by GOP presidential frontrunner and former “Celebrity Apprentice” personality Donald Trump in which side-by-side photos compare his own wife to that of his political rival Ted Cruz.

“I don’t think we should start there,” Omarosa replied.

The two spoke over each other for a number of tense seconds before Lemon eventually declared, “Omarosa, stop!”

“I want everyone on this panel to answer questions directly,” Lemon continued.

Watch the initial exchange, and Omarosa’s response, below.