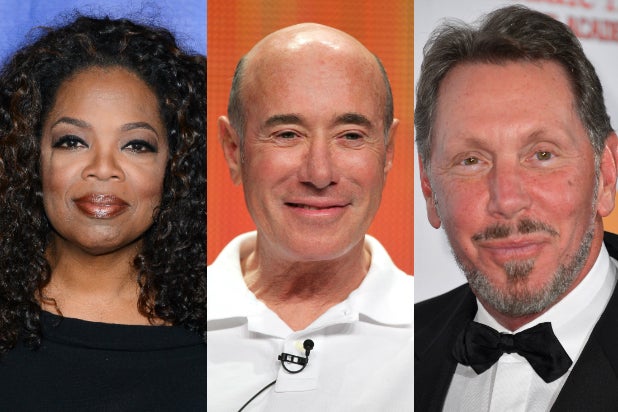 Oprah Winfrey is in talks to enter a joint bid with David Geffen and Larry Ellison to purchase the Los Angeles Clippers “should the team become available,” her spokeswoman Nicole Nichols said in a statement.

Also read: Clippers Controversy Play-by-Play: How Did We Get Here?

TheWrap on Tuesday reported Geffen’s interest in buying the team, and Ellison also previously expressed a desire to purchase the Clippers.

NBA owners will vote on whether to force current Clippers owner Donald Sterling to sell the team in the wake of the lifetime ban imposed by the league Tuesday, stemming from racist comments he made in a tape leaked over the weekend.

Two-thirds of owners — or 22 of 29 teams, excluding the Clippers — need to vote in favor of ousting Sterling in order for the team to go up for sale. Early polling suggests Sterling has little or no support in the league; 16 NBA ownership groups contacted by the Associated Press on Tuesday already say they will vote to sell the Clippers.