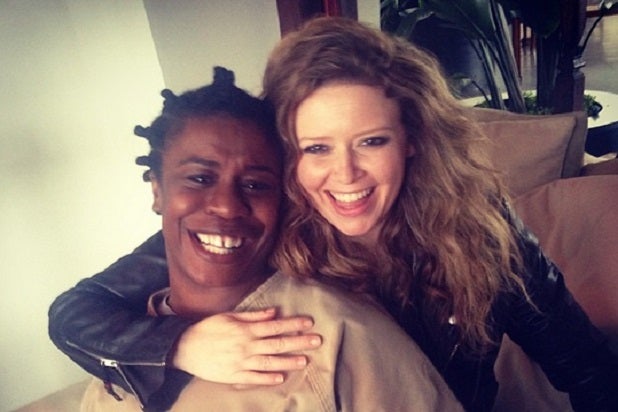 Having trouble holding out for the second season of “Orange Is the New Black”? Don’t worry, we have a fix for you.

The Netflix show announced on Twitter on Saturday that it would be posting exclusive photos from the photo shoot for the second season, and it’s making good on that promise via Instagram with a slew of behind-the-scenes photos from the shoot.

From the looks of things, there’s lots of love going on at the shoot; one photo shows Natasha Lyonne, who plays Nicky Nichols on the Jenji Kohan-created series, giving Uzo Aduba (aka, Suzanne “Crazy Eyes” Warren) a warm embrace.

Another shot shows series star Taylor Schilling, who plays Piper Chapman, beaming as she enjoys a cup of coffee, with the caption, “Hey Dandelion!”

Also read: ‘Orange Is the New Black’ Creator: Even in Prison, ‘You Need Your Sexuality’

Head over to the “Orange Is the New Black” Instagram page for more pics from the Season 2 photo shoot.