Updated on Tuesday at 4 pm: 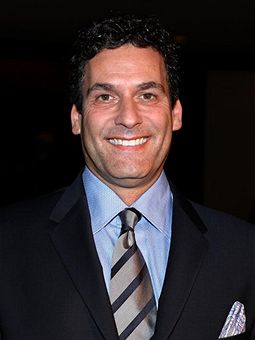 "As of today, I'm stepping down from my position as president of Production, Walt Disney Studios,” Aviv said in a statement. “I have loved every day that I have been at the studio and feel incredibly privileged to have been part of a team that enriched my life for 20 years."

The studio release said a replacement would be named "at an appropriate time," but TheWrap has learned that Disney Studios Chairman Ross intends to announce a replacement in the next 72 hours.

Industry executives speculated as to whether Jason Reed, a senior executive in production who was believed to have been promised a promotion, would stay if he did not get the job.

Aviv was said to be blindsided by the decision, which Ross told him was about his desire to bring in his own team.

But the series of moves by Ross to remove veteran executives from Disney Studio without having replacements lined up struck many in the industry as curious.

"It feels rudderless," observed one rival executive. "It doesn't seem like they know what they are doing."

In November, Cook's replacement Walt Disney Studios Chairman Rich Ross Ross restructured the studio's marketing, distribution and operations division, but Aviv, surprisingly at the time, remained in place. His position was actualy expanded at the time, to include physical production.

But clearly, he was not Ross's man.

Cook was shown the exit in September, and Ross was named shortly thereafter by Disney Chairman Bob Iger.

Ross came in making clear that he intended to bring a different energy and focus to the studio, which had seen its position slip in the past year or two, and that this required new blood.

In the shake-up at the time, motion picture group president Mark Zoradi, marketing chief Jim Gallagher and publicity planners Teri Meyer and Jasmine Madatian were out; Home Entertainment chief Bob Chapek was put in charge of distribution for all media platforms, and Greg Brandeau, formerly of Pixar, was named chief technology officer.

Shortly after, Carolina Lightcap was named to Rich Ross’ old job, president of Disney Channels Worldwide – instead of the expected favorite for the job, Gary Marsh.

Disney has yet to replace Gallagher, and now has another major position to fill, which must be expected in short order.

Said one executive at the company, who spoke on condition of anonymity: "I don't think anybody's running things except for Rich. He's very hands on."

The studio has a major slate of movies coming this year, including "Prince of Persia," "Tron" and "Alice in Wonderland" by Tim Burton with Johnny Depp. Not having a senior executive overseeing the marketing of those films seems like a risky move with high-maintenance directors and hundreds of millions of dollars in moviemaking in the pipeline. The studio

Ross's hires are expected to come from outside the company, and may emanate from the advertising or television sectors.

In 2009, the studio came in fifth in terms of market share. Moreover, the costs of such big- budget and underpreforming  films as "A Christmas Carol" and "Surrogates" had risen dramatically during Aviv's tenure.
Aviv joined Disney as vice president of creative services for  Buena Vista Pictures Marketing in 1991. He was later promoted to senior vice president of marketing and creative director, in 2005 he was named president of marketing and chief creative officer. In 2006 was promoted to president of the motion picture group, replacing Nina Jacobson.
In addition to his executive duties, Aviv took a hands on role in Nicolas Cage's 2004 box office hit, "National Treasure," even helping to co-write the adventure film.
The colorful Aviv also publicly clashed with Michael Mann on the director 1999 drama "The Insider," reportedly threatening to never work with Mann again.
Prior to joining Disney, he was director of Special Projects for CapCities/ABC, responsible for creating special television branding spots for premiering series including "Roseanne" and "Twin Peaks," among others.
Added Aviv in Tuesday's statement: "I'm proud of the hundreds of movies I've helped to make and market, especially the studio's upcoming films, from "Alice in Wonderland" and "Prince of Persia" to "The Sorcerer's Apprentice" and "Tron."
“Oren’s significant contributions to the Walt Disney Studios are well-documented and countless moviegoers have been entertained by his diverse portfolio of films,”  Ross said.  “We appreciate his work and wish him all the best in his future endeavors.”
Previously: Dick Cook Leaves Disney as Studio Chairman
Shake-up at Disney: Chapek Promoted, Aviv and Bergman Get New Duties
x
Looks like you're enjoying reading