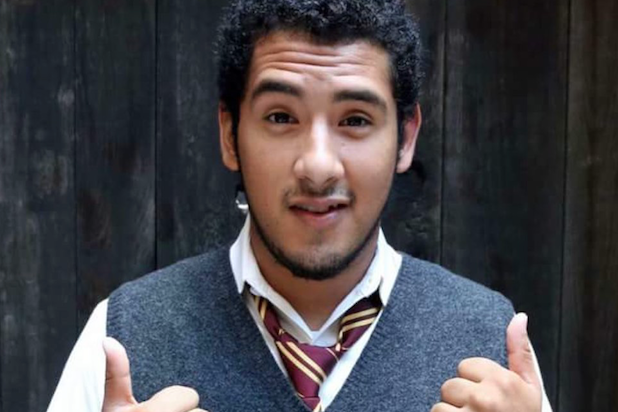 J.K. Rowling has joined Universal Studios in mourning the loss Luis Vielm, an Orlando shooting victim who operated the Harry Potter and the Forbidden Journey ride at the Florida theme park.

“I can’t stop crying,” the author tweeted along with a picture of the deceased 22-year-old man.

The company said in a statment, “We are deeply saddened over the loss of our team member. We are working to support his friends and colleagues here at Universal Orlando. Our thoughts and prayers are with Luis, his family, and all the victims of this tragedy.”

Luis Vielma worked on the Harry Potter ride at Universal. He was 22 years old. I can't stop crying. #Orlando pic.twitter.com/Nz2ZCWxNsS

From the President and COO of Universal Orlando Resort pic.twitter.com/OmuNmUORpQ

“He was always a friend you could call,” Josh Boesch, who worked with Vielma at Universal, told the Orlando Sentinel. “He was always open and available.”

Boesch also told the paper that Vielma posted on social media about going to Pulse the night he died. Vielma held several roles at Universal, according to the Sentinel, including running the former Disaster! attraction.

The Orlando massacre marked the worst terrorist attack on American soil since the Sept. 11th attacks. The lone assailant, a 29-year-old American-born man named Omar Mateen, called 911 while carrying out the massacre, pledging his allegiance to ISIS, officials said.

From the Chairman of Universal Parks and Resorts pic.twitter.com/6XwO8tsypi