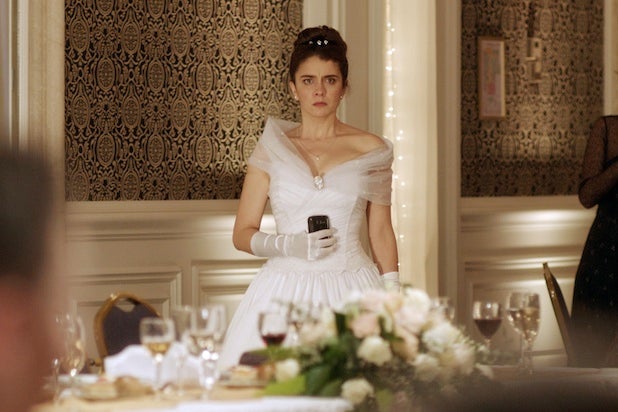 Australia, Argentina and South Africa are among the latest countries to enter the Oscar race for Best Foreign Language Film, pushing the field past 70 and putting it within reach of a new record in the category.

Costa Rica, Ecuador and Lebanon have also announced submissions, with the deadline for entries passing at 5 p.m. on Wednesday. To date, 73 countries have publicly announced their submissions, three shy of the record of 76 set last year.

The Academy will announce the official list of eligible films in the coming days, with the final number likely to reach or surpass last year’s total.

Among the new submissions, the Australian and Argentinian films have already made splashes at the Cannes Film Festival.

Damian Szifron’s “Wild Tales” (photo at top), the Oscar submission from Argentina, was one of the funniest and most raucous entries in the main competition at Cannes. The anthology film is made up of six different stories, all blackly comic and all centering on violence and revenge in increasingly twisted ways. Although the film did not win any awards from the Cannes jury, it was picked up by Sony Pictures Classics for North American distribution, and became a big box-office hit in its own country.

Australia’s entry, Rolf de Heer’s “Charlie’s Country,” is largely in the aboriginal language of Yolngu Matha. It stars David Gulpilil as the title character, an Aboriginal whose spear is confiscated by police. Gulpilil, best-known as the young star of Nicolas Roeg’s 1971 film “Walkabout,” won the best-actor award in Cannes’ Un Certain Regard section.

China is the largest remaining country to have not announced a submission, with Zhang Yimou’s “Coming Home” (another Sony Classics release) its expected candidate.

Albania, Cambodia, Indonesia and Kazakhstan are among the other countries that submitted last year but have not announced picks this year – though the Academy does not require a public announcement, only that a country submitted entry forms, credits, stills, posters, other documentation and a film print or DCP by 5 p.m. on Oct. 1.

Additional countries are often on the official list when the Academy releases it several days after the entry deadline. In addition, submissions are occasionally disqualified by the Academy’s Foreign Language Film Award Executive Committee, which reviews each entry to make sure it meets eligibility requirements.

TheWrap has compiled a complete list of all the announced submissions, with descriptions and links to trailers when available.