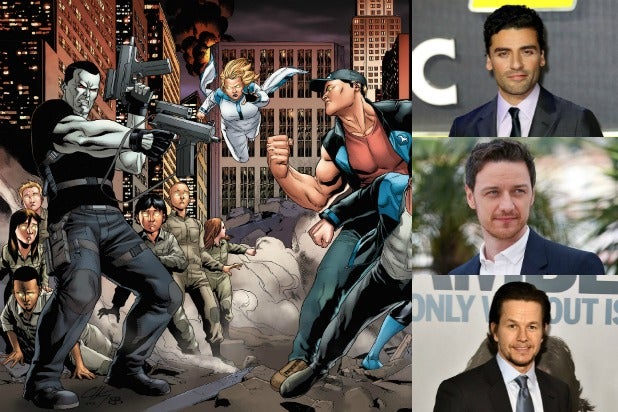 Actors in the mix for Sony's Bloodshot

Sony is gearing up to make an offer for the lead on the comic-book series from Valiant Entertainment, and has a shortlist of eight actors, said the insider, who shared five of the names with TheWrap. The fact that the actors are on the wish list doesn’t necessarily mean Sony is in talks with them.

Sony and reps for the actors did not immediately respond to requests for comment.

Valiant’s 2012 “Bloodshot” series is about a man brought back from the dead and infused with nanotechnology that turns him into a killing machine. Created by Kevin VanHook, Don Perlin, and Bob Layton in 1992, The character has helped Valiant sell more than 7 million copies in multiple languages worldwide.

“Bloodshot” is slated to be the first in a series of shared universe Valiant films at Sony Pictures and will be followed by “Harbinger” — about Valiant’s team of superpowered teenagers on the run — which will also written by Heisserer.