Google has mapped out where in the U.S. each top Oscar contender is most popular, and while Trump supporters may be inclined to boycott Sunday’s ceremony, there are two films that have clearly piqued their interest: Mel Gibson’s”Hacksaw Ridge” and the Texas-set thriller “Hell or High Water.”

Google created the maps by analyzing YouTube trailer views in each movie’s opening week to see where each film drew the most eyeballs.

Some of Google’s findings are obvious. “Manchester by the Sea,” as you might expect, is extremely popular in New England, where the movie is set. “La La Land” is mostly popular along the Pacific Coast and in the Northeast, a.k.a. Hillary Clinton Country. 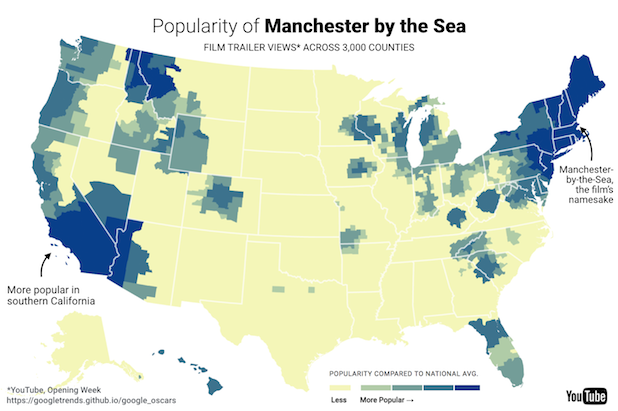 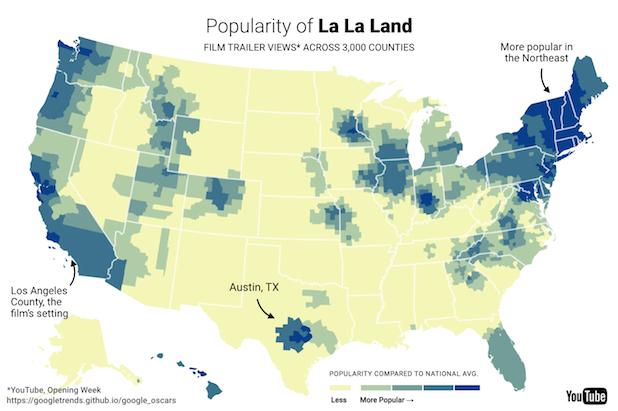 Google also found that movies tended to pick up interest in states where the movie’s filmmakers and writers live.

“Arrival,” for example, was most popular in Seattle. Ted Chiang, who wrote the sci-fi tale the film was adapted from, lives in nearby Bellevue. 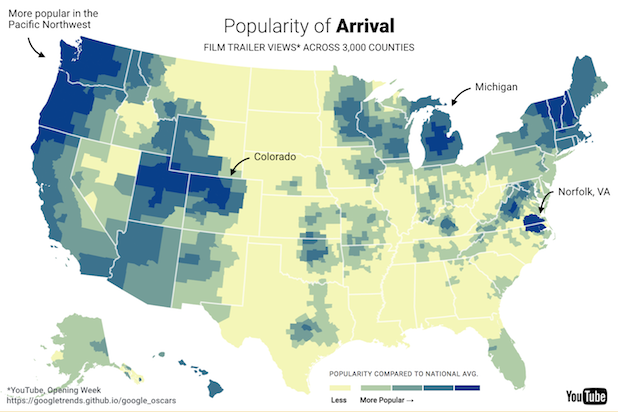 But it was Mel Gibson’s war film and David Mackenzie and Taylor Sheridan’s modern Western that won the hearts of America’s heartland. “Hacksaw Ridge” found a lot of interest in upper Rocky Mountain states like Wyoming and Montana, as well as Wisconsin and Michigan, which swung to Trump back in November.

The film also grabbed interest in Virginia, the home state of the movie’s hero, Desmond Doss; and the Pacific Northwest, where many Seventh Day Adventists, Doss’ chosen faith, reside. 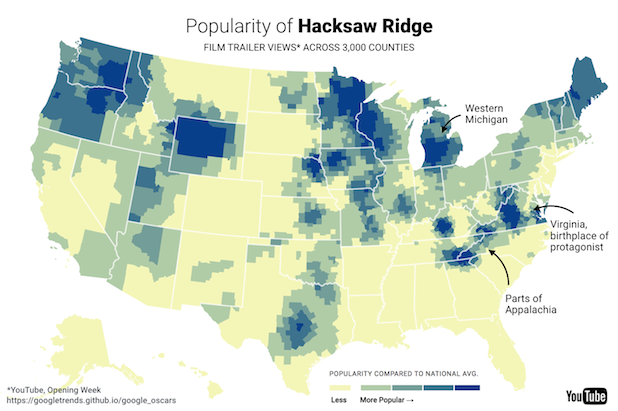 “Hell or High Water,” meanwhile, was a big hit in red states like Texas, Oklahoma, Mississippi, and Iowa. It also found popularity in New Mexico, where much of the movie was filmed.

It is also the only Best Picture contender that didn’t generate high interest in the Northeast. The film received praise last summer for its unflinching depiction of rural Texas and the struggles faced by working-class Americans who live there. 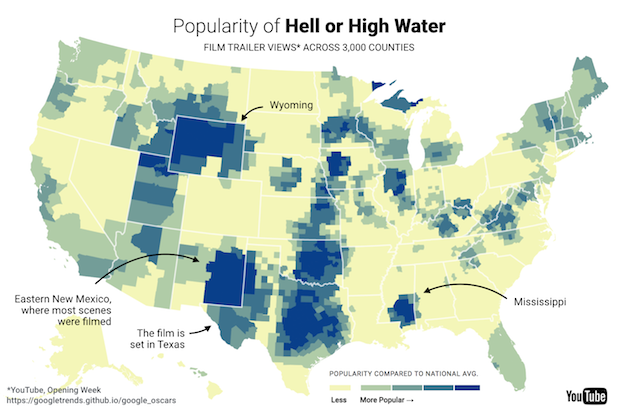 Meanwhile, the three #OscarsNotSoWhite offerings, “Fences,” “Moonlight,” and “Hidden Figures,” found most of their popularity in areas with large black communities.

“Moonlight,” interestingly, was more popular in Atlanta than in South Florida, where the film takes place in. “Fences” found hot spots in Detroit and St. Louis. “Hidden Figures” had its biggest foothold in the Carolinas and Virginia, as well as Ohio, where Octavia Spencer held a screening for disadvantaged families in Columbus. 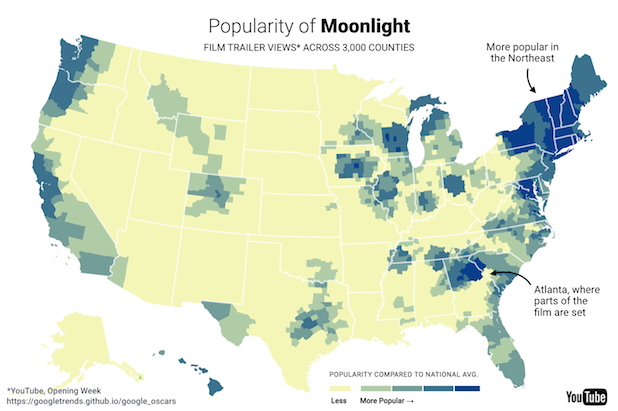 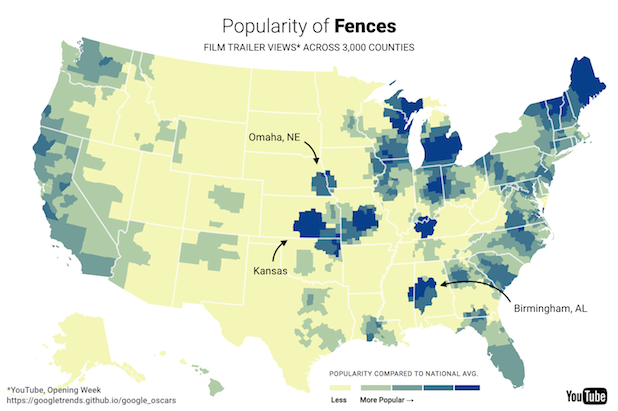 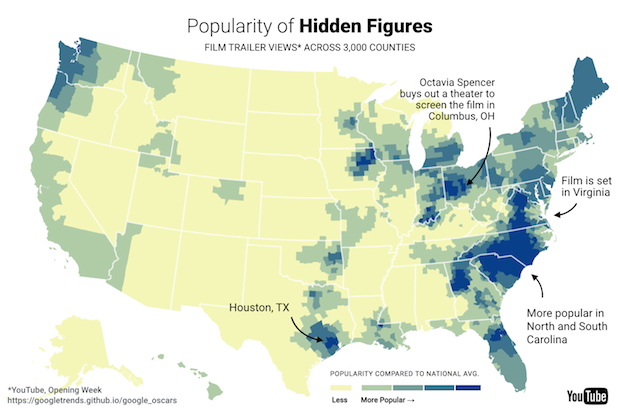 As for “Lion,” it found interest in a part of the country you might not have expected: Navajo Nation in the Southwest. To see the maps for yourself and to see the popularity breakdown of other movies like “Zootopia” and “Fantastic Beasts and Where to Find Them,” click here.