Since the awards season kicked off last fall, the conventional wisdom has been that 2015 is a wide-open and confusing year. And that should make predicting Thursday’s Academy Awards nominations a fool’s errand, right? Maybe. But I have to try anyway.

The year saw critical favorites like “Spotlight,” which has been a default frontrunner for months, and “Carol,” which has picked up lots of critical love as well. Big mainstream movies have barged into the awards picture, with “The Martian” and “Mad Max: Fury Road” the main examples. “The Revenant,” “The Hateful Eight” and “Joy” were dropped on voters at the last minute, with the first speaking loudest.

Quiet little indies like “Brooklyn” and “Room” have fought to be heard over the major-studio noise. “Straight Outta Compton” went from being a surprisingly good movie to a surprisingly big hit to a surprisingly strong awards contender, and one of the few hopes to add some diversity to the Oscar lineup.

And then “Star Wars: The Force Awakens” came along and got some wide-eyed observers to wonder if it might not win a couple dozen Oscars while breaking every box-office record in the galaxy.

Remember, the Academy’s preferential system of counting the nominating ballots means you need passionate support to land a spot. Given how the Academy accountants tally the ballots, it’s better to be No. 1 on 300 ballots than No. 3 on 3,000 ballots. And while every other category will have five nominees, the Best Picture category will have anywhere between five and 10 nominees, depending on how many films get a minimum level of support.

So here are my best guesses as to what will happen at 5:30 Thursday morning, when the 2015 Oscar nominations are announced.

Best Picture
The key question: How many nominations will there be? (There can be anywhere from five to 10, depending on the amount of support that films get.) With more films probably getting first-place votes than any recent year but fewer of them getting overwhelming support, I think there will be nine or even 10 nominees. Other forecasters think the field will be as small as five. These predictions are in what I see as order of likelihood; the top seven seem pretty safe, though “Mad Max” could be less of a lock than many assume.

Producers Guild, Writers Guild and Screen Actors Guild nominations suggest that “Straight Outta Compton” has the support it needs to land one of the last three slots — and I’m going to say it’ll be a rare year of a full 10 nominations, because I refuse to believe that the exquisite “Carol” and the heartbreaking “Room” won’t have enough diehard fans to get in.

If some of these fall out, “Inside Out” and “Trumbo” are poised to move in, and “Sicario” and even “Ex Machina” have been surprising us all season.

As for “Star Wars,” its failure to land a nomination from the Producers Guild, which loves giant blockbusters more than the Academy does, almost certainly means that it will have to console itself with a handful of below-the-line nominations and a few billion dollars.

Best Director
History suggests that the director lineup will include four of the five DGA nominees: Alejandro G. Inarritu, Ridley Scott, George Miller, Tom McCarthy and Adam McKay. And while it makes sense to think that comedy director McKay could fall out in favor of Todd Haynes or Steven Spielberg (or even an artier pick like Laszlo Nemes for “Son of Saul”), there’s a problem with that reasoning: If “The Big Short” is as strong a Best Picture contender as it seems to be, it’s going to get that director nomination.

Inarritu and Scott feel like locks, and McCarthy almost a lock. Maybe “Mad Max” isn’t as strong an Academy favorite as its awards-season roll suggests, but at this point I think AMPAS will have a rare case of complete agreement with the DGA — though the Directors Branch has confounded us before, and it could again. 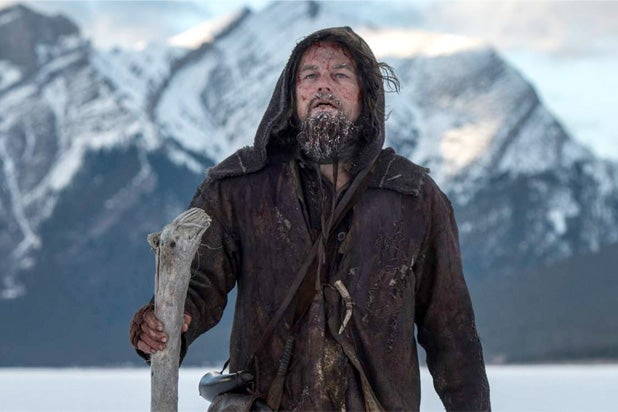 Best Actor
DiCaprio ate a bison liver. Cranston channeled a Hollywood icon in an enormously entertaining way. Fassbender delivered Aaron Sorkin‘s dialogue at least as well as Jesse Eisenberg did when he got nominated for “The Social Network.” Redmayne is the reigning champ and he didn’t slip. Damon was a one-man show for much of his film’s running time. They should all get Oscar nominations.

The problem is, this doesn’t account for Johnny Depp‘s transformational performance in “Black Mass,” or Steve Carell in the fast-surging “The Big Short,” or reliable Academy Governor Tom Hanks in “Bridge of Spies,” or Michael B. Jordan seizing the “Rocky” franchise in “Creed.”

Best Actress
Maybe the biggest question of all on nominations morning will be whether the Academy’s Actors Branch accepts Alicia Vikander in “The Danish Girl” and Rooney Mara in “Carol” as supporting candidates, as those actresses’ campaigns have suggested, or if the voters will put one or both of them in the Best Actress category.

(The Oscar nominations ballot specifically tells voters to make the determination on their own, without regard for studio campaigns; it also allows them to vote for a performance in both categories if they can’t make up their minds, though the rules don’t permit two nominations for the same performance.)

A move to Best Actress is quite possible for Vikander or Mara, particularly the former; if it happens, it will crowd the category and spell trouble for Charlotte Rampling and maybe even Oscar favorite Jennifer Lawrence. 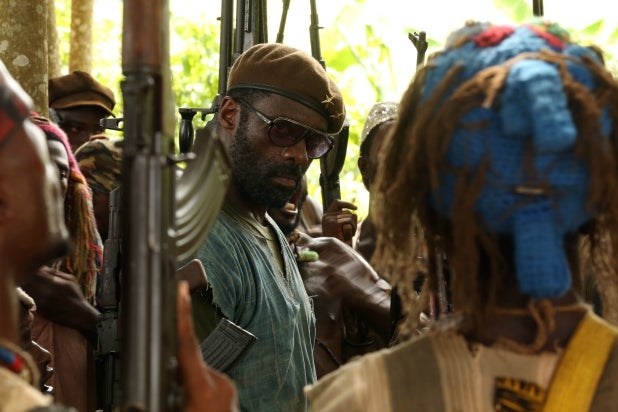 Best Supporting Actor
A pair of true ensemble pieces, “Spotlight” and “The Big Short,” could fill out most of this category, or they could split the vote and be left out entirely. If they do the latter, Benicio Del Toro, Michael Shannon, Paul Dano or Jacob Tremblay could be the beneficiaries. My guess is that neither will be shut out, with “Spotlight” getting Mark Ruffalo and “The Big Short” landing Christian Bale.

Best Supporting Actress
If the branch buys Vikander and Mara as supporting, they’re locks. If the branch puts them in Best Actress, Vikander could still get in here for “Ex Machina.” Grand dames Jane Fonda and Helen Mirren have a chance to supplant McAdams, who has the disadvantage of being in such a well-balanced ensemble that nobody stands out. 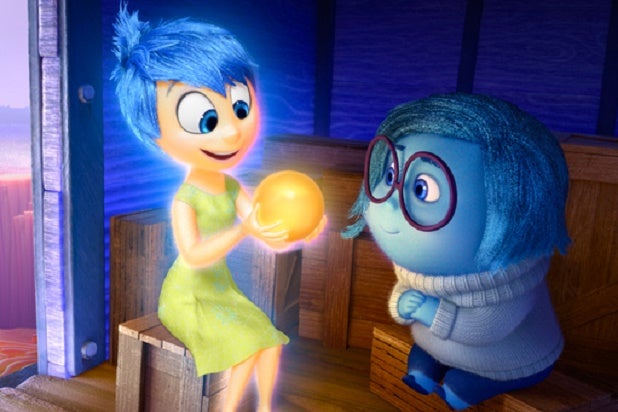 Best Original Screenplay
The Writers Branch might be the Academy wing most inclined to throw in some adventurous and off-the-wall choices, which in this case could mean “Ex Machina” and “Straight Outta Compton,” or even “Sicario” and “Trainwreck.” “Bridge of Spies” would be a more mainsteam pick, but I’m sensing more passion for three smaller movies, one typically smart Pixar blockbuster and the latest example of the kind of killer verbosity that has already won Quentin Tarantino a couple of Oscars.

Best Adapted Screenplay
If “The Martian” is a genuine contender to win Best Picture, it’ll need to show up here. But that means it’d have to edge out such expertly crafted literary adaptations as Phyllis Nagy’s “Carol,” Nick Hornby‘s “Brooklyn” or Emma Donoghue‘s “Room.” That could be tough for a pulpier, more action-oriented flick whose main support will come from other branches.

Oh, and don’t count out the ode to a screenwriter, “Trumbo.”

Best Animated Feature
Could the sometimes stuffy animation committee do what they did last year, and leave out the artistic favorite (“The Lego Movie” then, “Anomalisa” now) because it doesn’t conform to their idea of what an animated film should be? They could, but it’s likely they’ll respond to the stop-motion technique of “Anomalisa” in a way they didn’t to the delirious grab bag that was “Lego.”

But does the last spot go to the well-liked “The Peanuts Movie,” or will the committee want to support something smaller and quirkier? With two CG and two stop-motion films likely to be nominated, I’m going out on a limb to suggest that they give the final slot to GKIDS’ odd little gem “Boy and the World,” which is wordless and entirely hand-drawn, over the same company’s less focused “The Prophet.”

Predictions:
“Inside Out”
“Shaun the Sheep Movie”
“The Good Dinosaur”
“Anomalisa”
“Boy and the World” 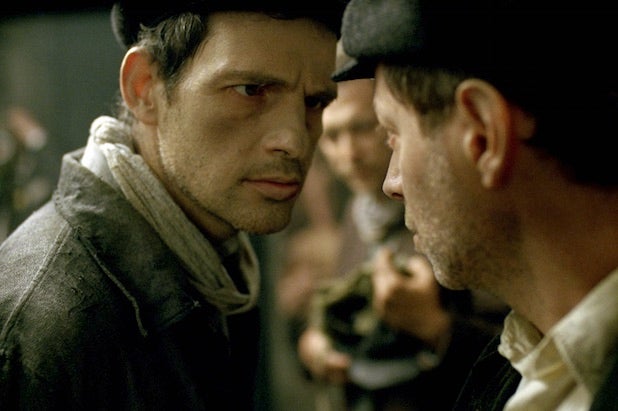 Best Foreign Language Film
The nine shortlisted films were viewed last weekend by three impressive hand-picked committees of notable Academy members, a discriminating and sophisticated audience. That all but eliminates the possibility of a thoroughly conventional film like “Labyrinth of Lies” making it into the final five, and tips the scales in favor of daring and arresting work like “Embrace of the Serpent.”

“Son of Saul” is a lock, “Mustang” is nearly a lock and the black comedy “Brand New Testament” is inventive and twisted enough to turn heads. The last slot could to to “Theeb,” “A War” or “Viva,” all strong enough to stand up to committee scrutiny; we’re guessing “Theeb” gets in narrowly over “A War.”

Best Documentary Feature
“Amy.” “The Look of Silence.” And then what? Once you get past the two frontrunners, you could make a case for anything from the 15-film shortlist getting a nomination, particularly since most of them include branch members and branch favorites in key creative positions.

I’ll go with “Cartel Land,” “Listen to Me Marlon” and “Best of Enemies,” but I wouldn’t be surprised by “Winter on Fire,” or “What Happened, Miss Simone?” or “Going Clear” or “Hunting Ground” or “Heart of a Dog” or …

Predictions:
“The Look of Silence”
“Amy”
“Cartel Land”
“Listen to Me Marlon”
“Best of Enemies”