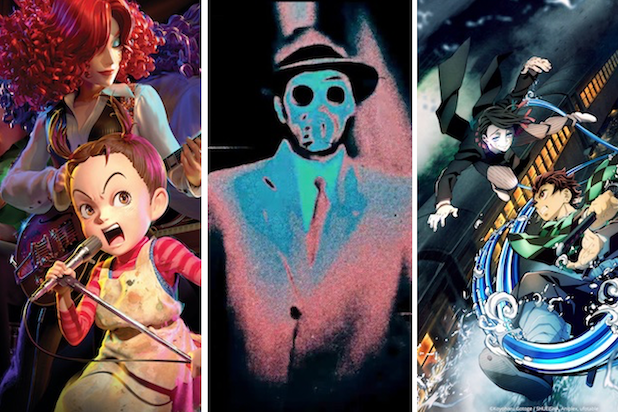 A week ago, the race for the Best Animated Feature Oscar seemed as if it could have the smallest field of entries in years. Only 13 films were in the online screening room devoted to the category, although some significant contenders were clearly going to be added, Pixar’s “Soul,” Cartoon Saloon’s “Wolfwalkers” and Studio Ghibli’s “Earwig and the Witch” among them.

But on Friday, Jan. 15, voters in the category awoke to find that the size of the race had essentially doubled. Instead of 13 films in the screening room, there were 27, with the newcomers including not just “Soul” and “Wolfwalkers” and “Earwig and the Witch,” but also films from Denmark (“Dreambuilders”), Poland (“Kill It and Leave This Town”), Latvia (“My Favorite War”), South Korea (“Red Shoes and the Seven Dwarfs”) and India (“Bombay Rose”), as well as a Croatian movie with the intriguing and confounding title “Accidental Luxuriance of the Translucent Water Rebus.”

The number of eligible films is shy of last year’s record of 32, but it turns the category from a modestly-sized one to a robust one. Last year, voters were required to see 50% of the eligible films before they could cast ballots in the category; if that figure remains the same this year and additional films aren’t added, it will require each voter to see at least 14 films. Members who have volunteered to vote in the category are expected to receive their required-viewing assignments in the next two weeks.

Also Read: 'Wolfwalkers': How Cartoon Saloon Made the Most Beautiful Animated Scene of 2020

The good news: While adding this many films in mid January would be difficult in a category in which shortlist voting is taking place in early February, the Best Animated Feature category doesn’t have a shortlist. Voters won’t be casting their nominating ballots until March 5-10, which should give them plenty of time – though they’ll also be expected to keep up with contenders in the Best Picture category as well.

The Best Animated Short category does have a shortlist – and that category has a record 96 entries, according to the Cartoon Brew website.

Here’s the list of films currently in the Academy’s animation screening room:

“Accidental Luxuriance of the Translucent Watery Rebus”
“Bombay Rose”
“Calamity”
“The Croods: A New Age”
“Demon Slayer: The Movie: Mugen Train”
“Dreambuilders”
“Earwig and the Witch”
“Kill It and Leave This Town”
“Lupin III: The First”
“Mosley”
“My Favorite War”
“Nos Ili Zagoyor Ne Takikh”
“No. 7 Cherry Lane”
“On-Gaku: Our Sound”
“Onward”
“Over the Moon”
“Red Shoes and the Seven Dwarfs”
“Ride Your Wave”
“Scoob!”
“A Shaun the Sheep Movie: Faramageddon”
“Soul”
“The Spongebob Movie: Sponge on the Run”
“Terra Willy”
“Trolls World Tour”
“A Whisker Away”
“The Willoughbys”
“Wolfwalkers”