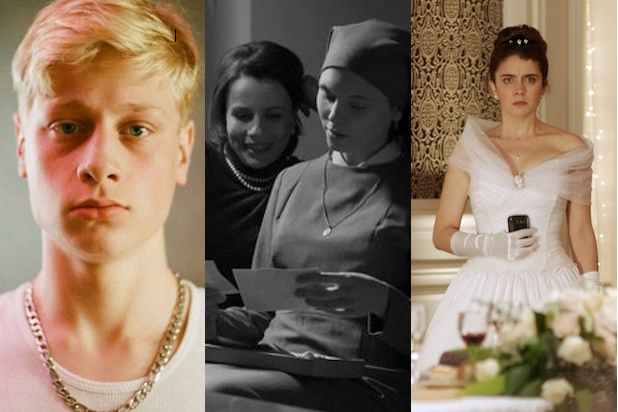 For the last two and a half months, 83 different countries have been able to entertain dreams of glory in this year’s Oscar race for Best Foreign Language Film.

On Friday, 74 of those countries will see those dreams disappear, as a nine-film shortlist eliminates them from competition.

And the immediate reaction from many quarters will no doubt be howls of protest that the Academy left off one, two or more deserving films.

Or maybe they’ll all make the cut, but other, equally deserving films won’t. This is a year with a slim frontrunner, Poland’s “Ida,” and then a glut of strong films — so many, it’s safe to say, that every conceivable shortlist is bound to meet with cries of dismay from some quarters.

I’ve seen 35 of the 83 entries, far short of the number viewed by many voters. But I’ve spoken to voters and tried to take the pulse of a tough and strong year, and I have a few thoughts on what might make the cut and what might wind up on the sideline.

One key is that the shortlisted films will come from two different groups. Since Oct. 13, volunteers from all branches of the Academy – the “general committee” – have viewed all the contenders, from Afghanistan to Venezuela, at the Academy’s Samuel Goldwyn Theater in Beverly Hills, as well as at numerous private screenings. They’ve scored each of the films on a scale of six to 10 — and with AMPAS screenings ending on Monday, those scores are now in the hands of PricewaterhouseCoopers.

Although the Academy never admits which shortlisted films come from which group, it’s hardly a secret that the quirker, more challenging choices are often executive committee “saves” – Cambodia’s “The Missing Picture,” Greece’s “Dogtooth” and Peru’s “The Milk of Sorrow” being obvious saves from recent years.

So which films have the inside track?

Israel’s “Gett, The Trial of Viviane Amsalem” wasn’t an official selection, but it did screen in the independent Directors’ Fortnight section – and while the stark and disturbing film left its Academy audience stunned and divided, it seems to be a strong contender.

It’s hard to imagine that the majority of the shortlist won’t come from those nine films, with “Wild Tales” and “Force Majeure” among the likeliest, and “Leviathan” and “Mommy” having numerous partisans as well.

“White God,” though, did not screen well for the general committee, with abundant walkouts in a particularly brutal stretch of the film, and would certainly need a save to advance. The slow-paced “Winter Sleep” and even the deliberately understated “Two Days, One Night” might require the same.

Others that came out of Academy screenings with positive buzz were the Italian entry, “Human Capital,” a polished mystery that tells the same story from three different points of view, and Croatia’s “Cowboys,” a comedy about a hapless group of locals trying to stage a Western.

“Cowboys” was one of the surprise hits of the first few weeks of Academy screenings, with voters buzzing about how much fun it was – though some of its thunder may have been stolen four weeks later by “Wild Tales,” a raucous, six-part black comedy that might have been the biggest hit of all with the general committee.

Pawel Pawlikowski’s “Ida,” meanwhile, had already enjoyed a successful U.S. theatrical run before it was chosen, and the elegant black-and-white film seems to stand with “Wild Tales” as the closest thing to a lock in this field.

The committee was also taken by Estonia’s quietly affecting “Tangerines,” which recently landed a Golden Globe nomination over the higher-profile likes of “Wild Tales,” “Two Days, One Night” and “Mommy.” And younger members of the general committee — yes, it has some of those, as long as you grade on the curve — were impressed by Georgia’s “Corn Island,” which could be in line for a save.

That’s 15 films competing for the nine slots, even without taking into account Spain’s crowd-pleasing “Living Is Easy With Eyes Closed”; or Norway’s quiet but well-liked “1001 Grams”; or Venezuela’s “The Liberator,” which had revered L.A. Philharmonic musical director Gustavo Dudamel writing the score and making personal appearances; or “Difret,” which had executive producer Angelina Jolie in its corner; or Kyrgyzstan’s “Kurmanjan Datka Queen of the Mountains,” which had Sharon Stone campaigning for it.

And, of course, there’s no telling which film caught the eye of particularly persuasive members of the executive committee, which in the past has included the likes of cinematographer Caleb Deschanel, producer Ron Yerxa and writer Michael Tolkin. That group could easily spend its Thursday night saving high-profile films that were overlooked by the general committee, but it’s probably just as likely to throw in at least one offbeat choice, because it can.

So while my best guess may be a shortlist made up of “Ida,” “Wild Tales,” “Force Majeure,” “Leviathan,” “Mommy,” “Gett,” “Human Capital,” “Tangerines” and “Two Days, One Night,” I fully expect a couple of those to miss out in favor of “Corn Island,” “Nabat,” “Cowboys,” “Winter Sleep,” “Timbuktu,” “White God” or something else entirely.

In fact, the only two things I can count on learning on Friday is that it will be a very strong shortlist, and some great movies will be missing from it.