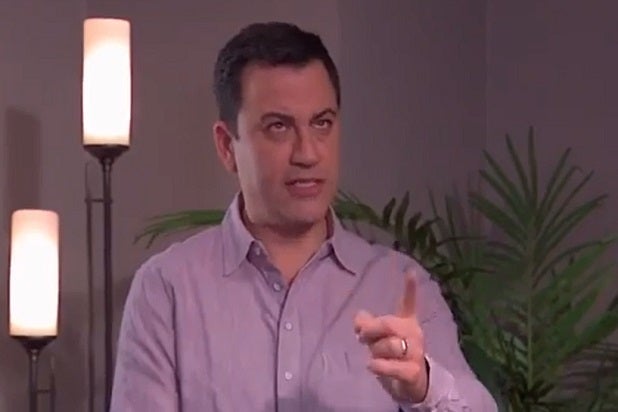 Fancy yourself a Twitter snark-master where the Oscars are concerned? Watch out — Jimmy Kimmel just might come gunning for you.

The “Jimmy Kimmel Live” host provided one of the highlights of ABC’s red-carpet coverage at the Oscars on Sunday night, tearing a page from his own late-night show’s “Celebrities Read Mean Tweets” segments to take a poke at cruel Oscars viewers with a Twitter handle.

“Is Lara Spencer auditioning for ‘Toddlers & Tiaras,’ or did a Bratz doll come to life?” Kimmel recited.

The late-night host then employed a bit of special effects to climb — or rather, fall — through a television screen, into a slobby-looking couple’s living room.

“Which one of you tweeted, ‘Give Jennifer Lawrence an Oscar for least supportive bra, #fireyourstylist?'” Kimmel inquired.

After the woman of the house ‘fessed up, Kimmel demanded to see her manicure — revealing fingers heavily coated with cheese dust.

Oh to the snap. Watch it all unfold below.