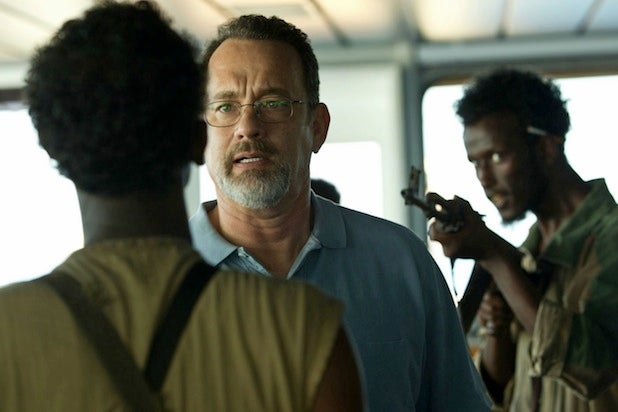 The Oscar race is starting to take shape, as films drop out and screen before influential audiences.

In the past week, “Foxcatcher” and “Grace of Monaco” moved out of contention. Two more potential contenders — “Captain Phillips” (above) and “Inside Llewyn Davis” — captured attention at the New York Film Festival, while “Nebraska” screened well with voters in Los Angeles.

And a big question mark hangs over the head of Martin Scorsese and “The Wolf of Wall Street,” which will not make its Nov. 15 release date.

Now a jam-packed and competitive awards race looks a little less crowded, but just as competitive.

The actual release date for “The Wolf of Wall Street,” Scorsese’s look at the excesses of the financial markets from the perspective of an out-of-control stockbroker played by Leonardo DiCaprio, is now uncertain. Scorsese is working around the clock to trim what was reportedly a three-hours-plus cut of the film in hopes of getting it into theaters before year’s end. 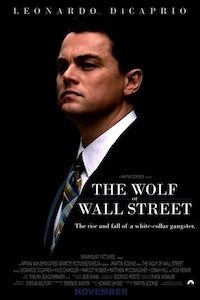 “It is so outrageous,” songwriter-composer Robbie Robertson, who is working on the music with Scorsese and who saw an early cut, told TheWrap. “It is very long, and they’re working day and night trying to get it down.”

The film may still be finished in time for a December release (Scorsese delivered “Hugo” at the very last minute two years ago, and that was nominated for Best Picture), but a move to Christmas would conflict with Paramount’s scheduled release of “Jack Ryan: Shadow One,” which figures to be a more valuable commercial property, if less of an awards presence.

Bennett Miller’s “Foxcatcher,” meanwhile, is definitely out of 2013 and into 2014, scotching Sony Classics’ plans for an awards campaign on behalf of the director whose last two films, “Moneyball” and “Capote,” both landed Best Picture nods.

And Weinstein has moved the Grace Kelly biopic “Grace of Monaco,” starring Nicole Kidman, into next year as well, though that film was always considered a longshot for serious awards attention.

On the upside, though, late September was a good time for some of the movies that are in the race to stay.

“Captain Phillips,” for instance, followed the standing ovation at its New York Film Festival premiere on Friday with a strong reception at its Sunday screening for Academy voters at the Samuel Goldwyn Theater in Beverly Hills.

Paul Greengrass’ gripping tale of the real-life hijacking of a cargo ship off the coast of Somalia was a clear hit at NYFF, but it faced an even more important test on Sunday, when Oscar voters got a look at it.

The verdict, according to members in attendance: Thumbs up. With a big crowd in attendance at the 1,000-seat Goldwyn, the film was met with sustained applause at the end, with particular enthusiasm for Greengrass and star Tom Hanks.

If the reaction didn’t strike some observers as indicate of a slam-dunk Best Picture nominee, they do expect it to be in the conversation for picture, director and actor, among other categories.

The Coen brothers’ “Inside Llewyn Davis” was the other movie-of-the-weekend at NYFF, not only with a gala screening but also with a post-screening concert that included stars Oscar Isaac, Justin Timberlake and Carey Mulligan performing alongside Jack White, Joan Baez, Patti Smith, Marcus Mumford and others.

As with most Coen brothers’ movies, the film is dark and tough and mean, and it puts its leading character (a hard-luck folksinger brilliantly played by Oscar Isaac) through the wringer. But with an array of traditional folk songs arranged by T Bone Burnett and performed by the cast, it is also haunting and beautiful – this is a Coens movie that has a lovely song in its black little heart.

The film won the Grand Prix – essentially, the runner-up award to the Palme d’Or – at this year’s Cannes, and figures to win a few more things before it’s through, although the eminently deserving Isaac faces a tough battle to find a foothold in the brutal Best Actor race.

Another Best Actor contender, Bruce Dern, was the toast of a few L.A. screenings in the last week, as the film in which he stars, Alexander Payne’s wonderfully smart and funny “Nebraska,” awaits its own NYFF and Academy screenings.

At a screening last week in Beverly Hills, the film won raves from an audience that included Jon Voight, and afterwards Dern gave particular praise to Payne, who he’s added to the short list of geniuses with whom he’s worked. (The others: Elia Kazan, Alfred Hitchcock, Francis Ford Coppola, Douglas Trumbull and Quentin Tarantino.)

When TheWrap commented on how effectively and subtly he played a man convinced that his sweepstakes letter is a guarantee of a $1 million prize, Dern shrugged. “I’ve played enough crazy f—ers in my life,” he said with a laugh. “After you’ve killed John Wayne [in ‘The Cowboys’] and blown up the Super Bowl [in ‘Black Sunday’], what’s left to do?”