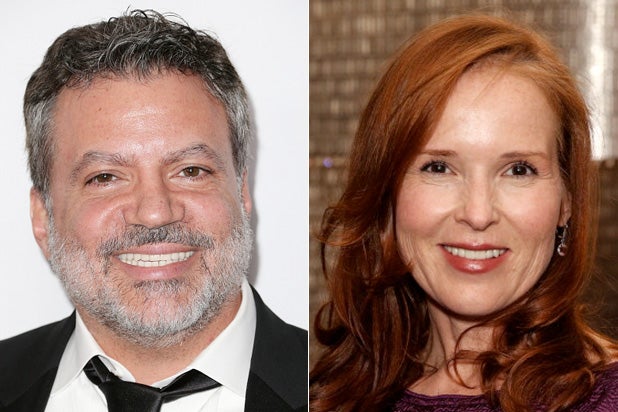 Michael De Luca and Jennifer Todd, who were just hired to produce the 89th Academy Awards this week, know that their Oscars show is going to have to entertain a weary and divided country after a long, bruising political campaign.

“We like the Oscar shows that lean into joy and humor,” De Luca told TheWrap on Friday, shortly after he and Todd were announced as producers. “Especially after the two years we’ve just had in this country, the way our collective consciousness has been hit.

“We don’t want it to be a roast. If it’s funny, we want to still honor the incredible contributions of the nominees.”

He and Todd, he added, “come to the Oscars from a very uncynical place. We are both giant fans of film, and we want to reflect the fact that movies are with you through thick and thin. Sometimes they reflect life, and sometimes they take you on an incredible escape.

“Joy, inspiration — we want you to feel really great at the end. It’s bigger than any one nomination. No matter what happens with technology or with changing platforms, storytelling and its healing place will never change. And I think there’s a way to weave that into the telecast.”

In a way, the hiring of De Luca and Todd is a step away from the practice in recent years of having at least one producer with significant live television experience. David Hill last year, Don Mischer in 2011 and 2012 and Neil Meron and Craig Zadan in 2013-15 all had live TV backgrounds — and while De Luca and Todd have both produced television, neither has overseen a live production.

In recent years, De Luca has supervised three Producers Guild Awards shows, and he and Todd teamed up to oversee one. The non-televised show (which they will not work on now that they’ve taken the Oscars job) has historically been one of the most reliable predictors of what will win the Best Picture Oscar — and, Todd insisted, it will also help with their new gig.

“It’s a live show,” she said. “It’s not a televised show, but we learned a lot about moving the show along. We actually came in a little under time last year. And we tried to have big glamour, a wow factor — we had Lady Gaga sing, which was great, and we did learn about pace and process. It was a good start.”

Added De Luca, “You really lean on the expertise of the professional team that’s been doing it for decades and decades. No matter who hosted, no matter what producers were brought in from the film producing world, the Oscars have always displayed an excellence in the live production. And all we have to do is stay out of its way and bring what we can to enhance and augment what these people do.”

As for Job One, finding a host, Todd was predictably noncommittal. “Right now we have a kitchen-sink list,” she said. “We definitely lean to funny. Funny, warm, charming, with reverence for the movies.

Also Read: ABC to Keep Oscars Through 2028 Under AMPAS Extension

As for what past moments might inspire their own thinking about the kind of Oscars they’d like to produce, Todd said she loved the Chuck Workman montages of film clips that were frequently used in the 1990s. “We talk about those goosebumps montages a lot, and they are something we would aspire to create,” she said.

As for his own Oscar memories, De Luca remembered sitting in the audience three times as a nominee, for producing the Best Picture nominees “The Social Network,” “Moneyball” and “Captain Phillips” — which lost to “The King’s Speech,” “The Artist” and “12 Years a Slave,” respectively.

“I have great memories of being there,” he said. “But losing sucks, man. You’re sitting there in that first couple of rows with the other nominees, and then when you find out it’s not you, it’s not great. But you think, ‘Wow, I’ve watched this telecast since I was 5 years old.’ That part is special.”

De Luca and Todd said they can’t be concerned about the fact that they’re taking the reins of the show later than any other producer in the last decade, since 14-time producer Gil Cates was announced in mid-November in 2005.