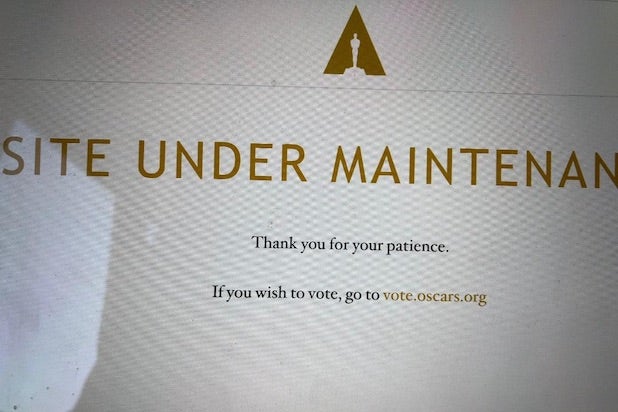 The members site that Oscar voters use to stream the nominated films went down for a few hours on Monday morning, one day before the deadline for members to turn in their ballots.

The site was unavailable to members because of a high volume on Monday morning, but was service restored by 11 a.m. PST, after a few hours of  outage.

The voting hub on the website was not affected, an Academy rep said.

The site is used by voters to watch the nominated films, as well as additional material like the makeup reels used in the nominations round. In previous years, the Academy had sent its members a box containing all of the nominated shorts and films in the international, documentary and animation categories, the films for which they are least likely to have received screener DVDs. But this year that box was not sent to members, meaning that the streaming site was the best place for voters to see the films in those categories.

Members who attempted to reach the members’ site on Monday  morning received a page that read “SITE UNDER MAINTENANCE. Thank you for your patience. If you wish to vote, go to vote.oscars.org.”

The deadline for submitting ballots is 5 p.m. PST on Tuesday, Feb. 4. The Oscars will take place this Sunday, Feb. 9.