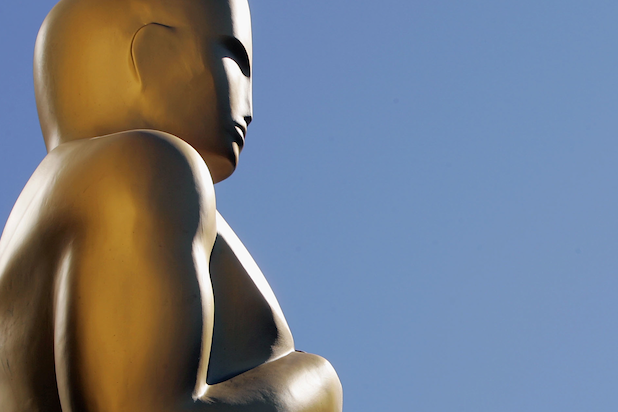 Visual effects workers are planning a demonstration in Los Angeles next month to protest foreign tax subsidies they argue are destroying their industry, TheWrap has learned.

The event is being billed as the March in March and will be tied to the Oscars. It comes after a similar grass-roots protest drew more than 400 people at last year’s Academy Awards.

“We’re trying to focus on the destructive impact of the subsidies race,” Daniel Lay, who writes the influential blog VFXSoldier, told TheWrap. “We want to broaden it to include musicians and grips and others who are being drastically effected. It’s great that there’s an Oscar party going on, but a lot of us are being hurt by this subsidy.”

Last year, protestors were motivated to picket because Rhythm & Hues, the Oscar-winning visual effects company behind “Life of Pi,” had just filed for bankruptcy. Its financial problems came on the heels of the failure of roughly a half dozen companies such as Digital Domain, Asylum Visual Effects and CafeFX. The visual effects industry in California has been decimated as cities such Vancouver and London have begun to offer lucrative post-production tax subsidies and incentives that lure major projects such as “The Guardians of the Galaxy” and “Star Wars Episode VII” outside of the United States.

Organizers say they are encouraged by the amount of interest in this year’s protest and note that more than 100 people on Facebook currently say they will attend.

Plans are still in their early stages, but will likely entail gathering on March 2nd at some spot on Hollywood Boulevard east of where the stars will glide down the red carpet outside the Dolby Theater. Last year, visual effects artist Dave Rand hired a plane carrying a banner that read “Box Office + Bankrupt = Visual Effects vfxunion.com.” Rand said he’s not certain he’ll charter a plan again.

“The march is going to be a less angry demonstration…we don’t want to be disruptive or disrespectful to the Oscars,” Rand said. “We want this one to be more focused. Basically all of our jobs in Los Angeles have left, so that issue is moot unless we can bring the industry back.”

Tax subsidies are the problem, Rand and others claim, but they’re also focused on drawing attention to an ongoing effort to impose tariffs on films that benefit from incentives. According to a recent study by the D.C. law firm Picard, Kentz & Rowe that Lay commissioned so-called countervailing duties can be  levied by the government to alleviate the damaging effects that foreign tax incentives can have on the domestic production of certain goods. In the past they have been imposed on everything from steel to shrimp.

To that end, Lay, Rand and others have formed a group called ADAPT (Association of Digital Artists, Professionals and Technicians) that will continue to explore a legal recourse for fighting foreign subsidies. They hope that the Oscars demonstration can also serve as a way to familiarize the visual effects community with their work and their cause.

“The idea is to return the visual effects industry to a place where it is a stable and secure business,” Scott Squires, a visual effects supervisor, said.

He noted, however, that despite job losses and destroyed businesses, many artists are still hesitant to take action.

“There’s a certain number of people that are unemployed and may be more open to speaking out about it, but some people, who are out of work feel that there’s even more of a need to keep their noses to the grindstone and not upset a potential employer,” Squires said. “There’s still a fear factor.”