When this year’s Oscar nominations were announced, revealing 20 white acting nominees, a global controversy erupted that spawned the hashtag #OscarsSoWhite, which promptly began trending on social media. On Tuesday, Congressman Tony Cardenas jumped into the fray, writing a letter to AMPAS president Cheryl Boone Isaacs and all of Hollywood’s major studio heads to express his disappointment in seeing “such a revered American institution fail to fully reflect our nation.”

While David Oyelowo was certainly overlooked this year for his bold turn as Martin Luther King Jr. in “Selma,” to name one example, the truth is that there simply wasn’t a large pool of non-white candidates to choose from. Fortunately, Hollywood is cyclical, and the coming year offers no shortage of strong awards contenders of color.

Here is TheWrap’s 20 worthwhile predictions for next year’s Oscar nominees, and this is just how non-white the lineup could be: 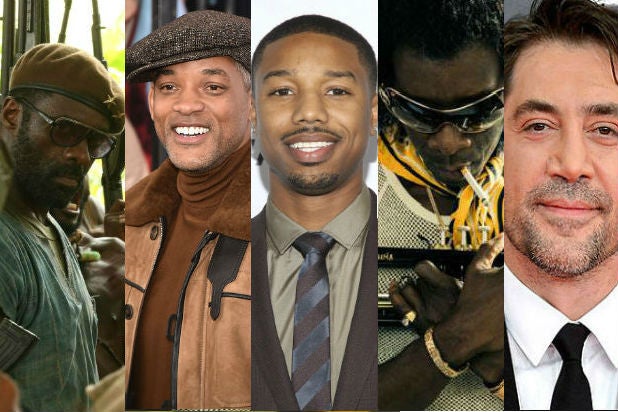 The Breakdown: Smith and Cheadle are playing real-life people, a tactic that often resonates with the Academy. Smith plays Dr. Bennett Omalu, who was at the forefront of the NFL’s CTE discussions, in Ridley Scott‘s “Concussion,” while Cheadle plays jazz musician Miles Davis in his own directorial debut. Meanwhile, Bardem plays a doctor who falls for Charlize Theron while working in Africa in a romantic drama directed by Sean Penn. Elba plays the commandant of a group of child soldiers, and Jordan plays the son of Rocky Balboa’s foe-turned-friend Apollo Creed in Ryan Coogler’s follow-up to “Fruitvale Station.” The Academy loves its boxing movies, as evidenced by “Rocky’s” Best Picture win. 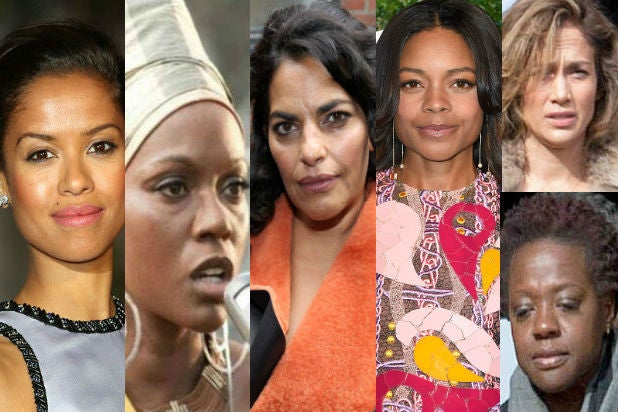 The Breakdown: Mbatha-Raw plays Will Smith’s wife in “Concussion” and she’ll have to do plenty of dramatic lifting in that role. Saldana plays singer Nina Simone in Cynthia Mort’s “Nina,” while Davis and Lopez play grieving mothers who take the law into their own hands in the revenge thriller “Lila & Eve,” which was met with approval at Sundance. “Skyfall’s” Harris plays the female lead alongside Ewan McGregor in the John le Carré adaptation “Our Kind of Traitor,” while Choudhury plays the female lead opposite Tom Hanks in Tom Tykwer’s adaptation of Dave Eggers’ Saudi Arabia novel “A Hologram for the King.”

Also Read: Why Can’t the Oscars Be More Like a Political Election?

The Breakdown: Thompson and Rashad play Michael B. Jordan’s girlfriend and mother, respectively, in “Creed,” and depending on their screentime, each actress could leave an emotional mark on the young fighter. Michael Mann’s “Blackhat” flopped earlier this year but nearly every review singled out Davis as being the highlight of the film, in which she co-stars as a strong FBI agent. Corinealdi, who earned rave reviews for her work in Ava DuVernay’s “Middle of Nowhere,” plays Miles Davis’ first wife Frances Taylor in “Miles Head.” Finally, Nyong’o is following up her Oscar-winning performance in “12 Years a Slave” with a rumored as an antagonist of sorts in J.J. Abrams’ “Star Wars: Episode VII,” and as well all know, the Academy loves to reward villains in the supporting categories.

The Breakdown: “Birdman” director Iñárritu will surely return to the Oscar conversation for his gritty thriller “The Revenant” starring Leonardo DiCaprio and Tom Hardy. “Creed” is a passion project for Coogler, who could’ve done anything after “Fruitvale Station,” but instead focused on a fresh take that could restore the “Rocky” franchise to glory. Fukunaga is tackling the Oscar-ready story of child soldiers in West Africa and is coming off HBO’s critically acclaimed first season of “True Detective.” Del Toro is putting his own spin on the well-worn haunted house movie with his star-studded “Crimson Peak,” while Gray has the biggest awards opportunity of his career with the powerful N.W.A. story “Straight Outta Compton.” If we had to pick an alternate nominee at this stage, it would be promising filmmaker Jonás Cuarón, who co-wrote “Gravity” and returns with the Mexican border drama “Desierto” starring Gael García Bernal.