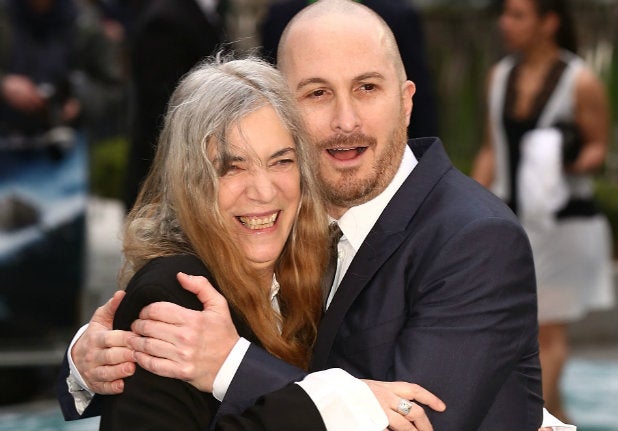 Academy Awards for music have gone to some edgy and interesting performers in recent years, Trent Reznor and Eminem among them. But it’s hard to imagine that voters could do anything much cooler than nominating Patti Smith, the high priestess of punk rock and a singer, songwriter, poet and writer who has been doing challenging, provocative and beautiful work for more than 40 years.

And Smith, an unstoppable 67, is in the mix this year with “Mercy Is,” a lullaby from Darren Aronofsky’s “Noah” that somehow manages to sound ancient but not dated.

“You have a sense of the future, of the present and of the deep past in this film,” said Smith, “and I had to serve that as best I could.”

Also Read: OscarWrap: Rosamund Pike and a Part to Die For in David Fincher’s ‘Gone Girl’

She was able to do it, she said, because the Biblical story of Noah speaks to her, and to humanity, across the centuries.

“God creates Earth as a paradise, and over and over man finds ways to corrupt paradise with murder, adultery and thievery,” said Smith, who was raised as a Jehovah’s Witness but left organized religion — but not the study of religion — in her teens.

“At the end of the story He gives Man a chance to start afresh, and this has happened all through history. We fight World War I and think, ‘We’re done with war, let’s rebuild our world.’ Then we have World War II, and Vietnam, and Iraq… We’re still doing the same things, making the same mistakes, and you can see those concepts in one of the oldest of all Biblical stories.”

Smith said she knew Aronofsky casually and ran into him at the Venice Film Festival a few years ago, when he was serving as a juror. “We watched some of the films that were playing at the festival, and we were taking a walk one night in Venice when he told me he had a dream of doing a film about Noah.

“He laid out his ideas, and it was right up my alley: I like Biblical themes, and the idea of giving them a modern spin. He told me that he needed a lullaby for Noah to sing, and I just knew that was my song to write.”

But Smith had to find a way to express that musically, with a song that would be sung onscreen by Crowe and then performed by Smith and the Kronos Quartet over the end credits. “I felt a responsibility to Darren’s vision, to the scriptures, to Russell Crowe portraying Noah,” she said.

“In that little song, he’s singing of the human memory of the perfection of Eden, and how the possibilities of returning there are real: ‘The Father waits for thee to wrap you in his healing arms.’ It’s a message of hope, but it’s also instructing the child about the infinite nostalgia of memory. And
to capture that was my task.”

This December, around the time that the Academy was announcing “Mercy Is” as one of the 79 eligible Oscar songs, Smith went to Rome to perform at the annual Vatican Christmas concert. Although she’d done that show before, this time around her presence caused some controversy, with a few critics suggesting that the Vatican ought not to invite the woman who began her first album, almost 40 years ago, with the line, “Jesus died for somebody’s sins, but not mine.”

“I have no idea why it was controversial this year,” she said with a laugh. “I sang at the Christmas concert last year, and I’ve met Pope Francis twice. I can be a very strong performer, and when I do my own concerts I’m unfettered by rules and regulations – but if I sing on TV or in a formal setting, I do the job that is prescribed.

“Since I was very young, I have really done my work the best that I can. I’m not part of any particular system, but I do have a sense of responsibility to the task at hand. So I sang a song based on a William Blake lullaby to the baby Jesus. People say, ‘How can a punk rocker sing this?’ But I listen to Wagner and opera, too. If people think I’m contradictory, that’s their problem.”

This is an expanded version of a story that first appeared in the Nominations issue of TheWrap’s magazine.