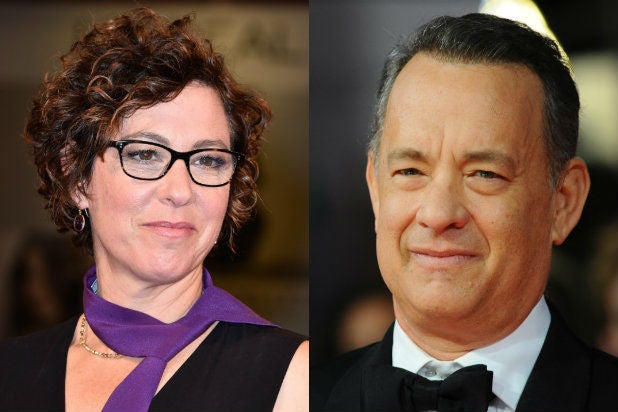 Oscar winner Tom Hanks and director Lisa Cholodenko have been named recipients of 2015 Outfest Legacy Awards. The filmmakers will be honored at a Nov. 5 ceremony in Los Angeles.

Handed out by Outfest, a nonprofit devoted to sharing LGBT stories on-screen, Hanks will take home the Trailblazer Award for the enduring power of his performance in 1993’s “Philadelphia,” the first studio film about the HIV/AIDS epidemic.

“More than two decades later, Tom Hanks‘ performance as a gay man with AIDS in ‘Philadelphia’ stands as a landmark example of a risk well taken,” Outfest Board Co-President Ari Karpel said in a statement.

“His Oscar acceptance speech, in which he eloquently honored two gay men who were influential in his life, sent an essential message during a time of crisis.”

Cholodenko’s 2010 hit “The Kids Are All Right” received critical praise for its portrayal of an alternative family headed by Annette Bening and Julianne Moore.

“That has made the biggest impact, showing the world that LGBT parenting is just as joyful, complicated and challenging as straight parenting,” Christopher Racster, Interim Executive Director of Outfest, said.