The cast and crew are back at work on another installment of “Outlander,” and the first photo of Jamie Fraser himself, Sam Heughan, has been released.

If Heughan’s character looks remarkably similar to how we last saw him in Season 2 of the Starz adaptation, it’s because Season 3 picks up immediately after the events of the finale – when Jamie fell on the losing side of the Battle of Culloden.

Season 3 of “Outlander” is based on “Voyager,” Book 3 of Diana Gabaldon‘s eight-book series, and will consist of 13 episodes, now filming on location in Scotland.

The season will follow Jamie dealing with the aftermath of Culloden in the 18th Century, as well as Claire (Caitriona Balfe) adjusting to life back in 1948 with Frank (Tobias Menzies) and, of course, that game-changing revelation from the Season 2 finale that she could potentially travel back in time yet again to reunite with Jamie.

See the first photo of Heughan on set below. 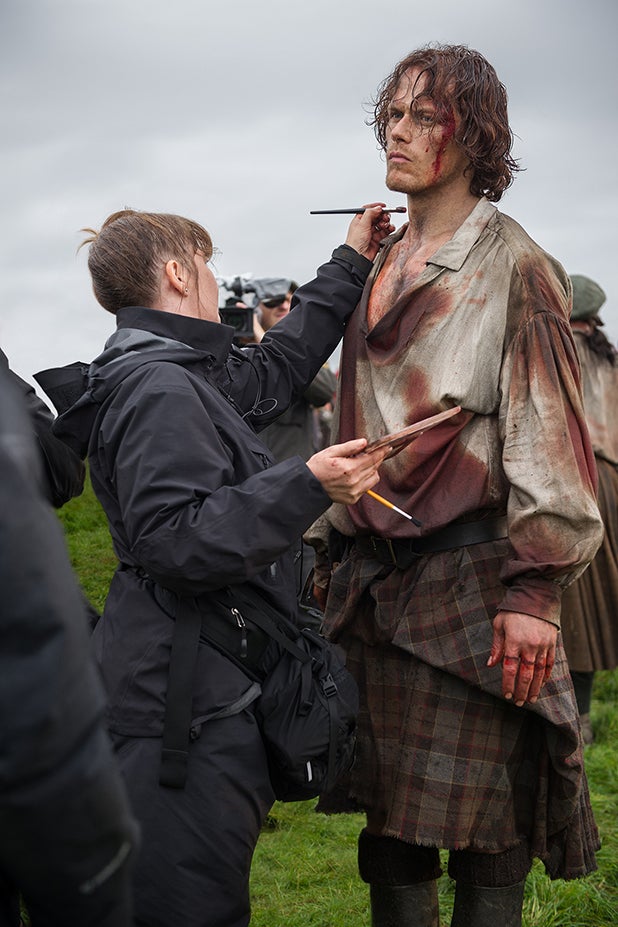