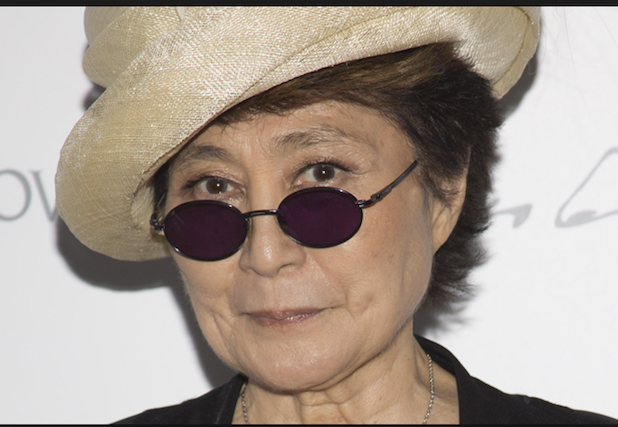 The Icelandic performance artist got in a (presumably good-natured) dig in at Yoko Ono, as a participant in Ono’s art exhibition at the Reykjavik Art Museum in Iceland, thanks to a bit from a classic episode of “The Simpsons.”

As one of 12 artists to take part in the exhibition, Kjartansson’s contribution to the collection was a single plum, floating in perfume, in a man’s hat.

Sharp-memoried “Simpsons” fanatics will recognize the reference as a call-back to the 1993 episode “Homer’s Barbershop Quartet,” which envisioned a vocal combo founded by Homer Simpson called The Be Sharps, who experience a very Beatles-esque rise and fall.

Toward the downside of the group’s run, Be Sharps member Barney Gumble began dating a very Yoko-like “Japanese conceptual artist,” who orders — and is promptly served — “a single plum, floating in perfume, served in a man’s hat” at Moe’s Tavern, in a nod to Ono’s oh-so-artsy eccentricity.

There’s no telling whether Ono — who, prior to becoming known as the woman who maybe-probably helped break up the Beatles, gained fame for her conceptual art — is in on the joke.

But if not, she could always clap back at Kjartansson by quoting another line from the episode and declaring, “It’s been done.”