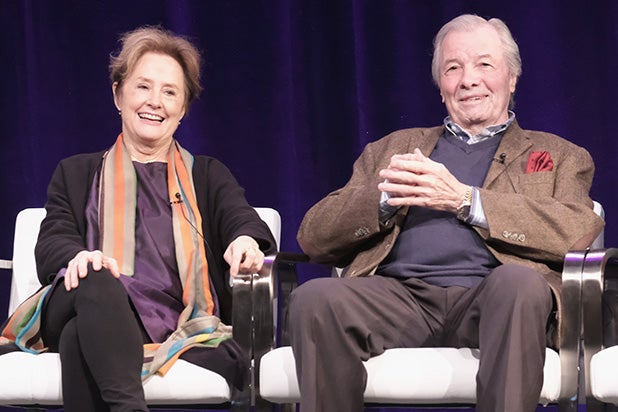 Renowned chefs Alice Waters and Jacques Pepin say reality competition cooking shows such as “Top Chef” and “Chopped” are doing a “disservice” to the art of cooking.

The famous chefs, who are the subjects of the PBS documentary series “American Masters,” said at the Television Critics Association press tour on Monday that the shows are promoting the “fast food culture” of American cuisine.

“It’s a disservice very often because this is not what’s cooking is all about,” Pepin said. “That kind of confrontation that you have there is not really how you learn to cook. Or how you understand food.”

Executive producer and director Peter L. Stein added that the cooking competition shows have supplanted the natural drama of cooking and the “transformation” of ingredients with the manufactured drama of reality TV tropes.

“We’re teaching the kind of fast food values of our country in those competition cooking shows, when in fact cooking really is something that can be very meditative,” Waters said. “It’s never about competition. It’s about the pleasure of dealing with real food.”

She added: “To put it in the competition place really takes away from the essence of cooking.”

Waters explained that the fast food industry has had a profoundly negative effect on American cuisine, causing people to lower their standards and expect less from the food they eat.

“When the fast food industry came in, they just took us with them,” she said.

“Most of this country is eating fast food and digesting the values of that food,” Waters continued. “We’re thinking that food should be cheap and fast and easy. And that it’s okay to eat in the car. We’re not concerned about who’s in the kitchen. We want it to be the same where ever we go. And it’s the advertising that confers the values on the food.”

“The only way we’re going to change it is by teaching it in school,” she said. “Teach school lunch as an academic subject, and take it out of the fast food cafeteria and bring it into the classroom.”