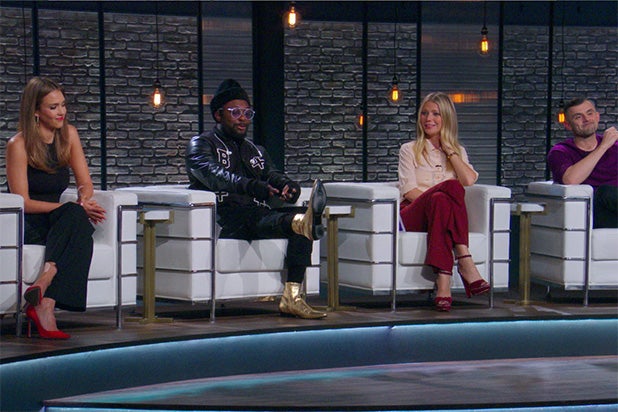 Apple Music has set the premiere date for its first original series, “Planet of the Apps,” with the first episode set to hit the streaming music service… tonight!

The news comes after the premiere was screened at Apple’s Worldwide Developer’s Conference on Tuesday. The premiere will be available to stream Tuesday night (June 6) at midnight ET/ 9 p.m. PT on Apple Music, as well as for download on the iTunes Store, with the rest of the season rolling out weekly.

“Planet” is equal parts an investment and strategy game and a narrative about budding developers looking for their big breaks. Think “Shark Tank” meets “The Voice,” and the figurative spinning chairs are held in this series by the fab four of entertainers and one serial investor.

The series stars Gwyneth Paltrow and Jessica Alba who have become known for their top-earning businesses Goop and The Honest Co., alongside Will.I.Am, owner of the wireless earphone company Buttons, and Gary Vaynerchuk, the digital advisor to mega-brands who now touts his own incubator for Silicon Valley startups. Beats 1 DJ Zane Lowe serves as host.

“Planet of the Apps” marks Apple Music’s first foray into original programming. The streaming service also has an adaptation of James Corden’s “Carpool Karaoke” set to premiere in August.

A trailer for the show was first released in February. See it here: